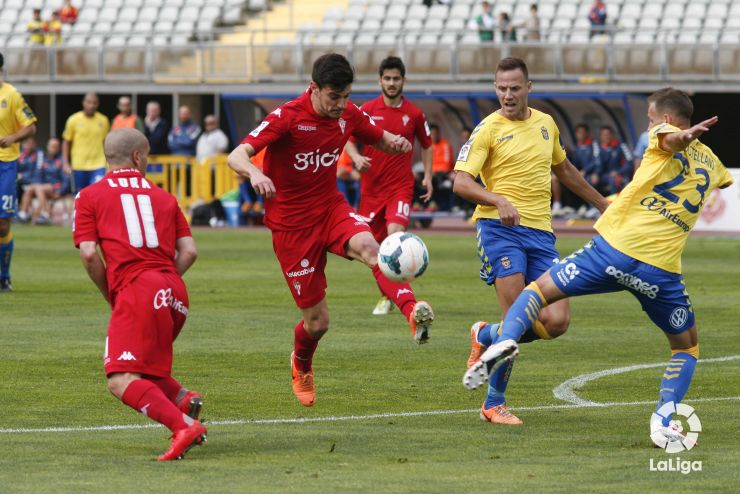 Round of draws in the Liga Adelante

Eibar remain the leaders despite failing to beat Barcelona B, while Girona go bottom.

Matchday 32 of the Liga Adelante typified the parity that is prevalent in the championship this season and consequently there were few changes to the table following seven draws and nineteen goals over the weekend.

In the clashes on Saturday, CD Mirandés were the only team to claim three points when theY beat CD Numancia 0-1 at Los Parajitos. The result moved Juan Antonio Anquela’s side out of the play-off spots, occupied by FC Barcelona B, RC Recreativo de Huelva, Real Sporting de Gijón and UD Las Palmas.

The latter two staged the most exciting clash of the day, with the two teams, direct competitors in the table, pushing for promotion to the Liga BBVA next season. In the end the Canary Islands team stunned the Asturians and won the encounter 2-1. Another team that fell short of its expectations was Deportivo Alavés who, despite leading against Real Zaragoza, finished with a draw and slipped to the bottom of the division. Girona FC, who continue their bid for survival with a victory at home against AD Alcorcón, who also dropped down the table.

The 10 remaining matchdays before the end of the season promise an extra dose of excitement and football, with every last detail seeming important to break the deadlock.