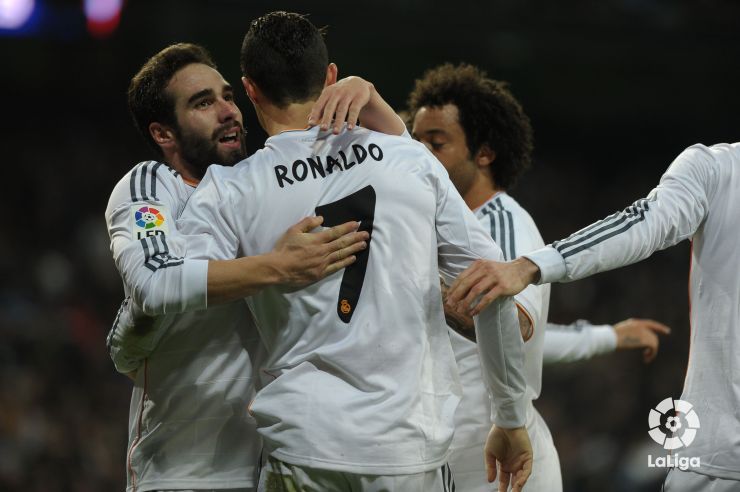 The Portuguese’s goal against Valencia in added time meant it ended 2-2, a result that leaves the Liga BBVA title race wide open.

Real Madrid and Valencia drew 2-2 to draw a close on Sunday’s Liga BBVA matchday 36 action. The result means that the Whites’ hopes of winning the league title are still intact heading into the final few games of the season.

Carlo Ancelotti’s men came out looking to grab a goal as early as possible, however Valencia not only prevented them from doing so, but even managed to open up the scoring themselves just before the half time break. Shortly after Diego Alves denied Cristiano Ronaldo with a good save, Dani Parejo fired a warning shot off the Real Madrid woodwork. Jérémy Mathieu then got on the end of a corner from the left wing to open up the scoring and silence the Santiago Bernabéu.

Now trailing by a goal, Real Madrid came out all guns blazing in the second half. A superb Cristiano Ronaldo cross was met by Sergio Ramos who headed home excellently to level matters. Valencia reacted quickly with Dani Parejo finishing off a nicely worked move from the edge of the area to make it 1-2. Real Madrid refused to throw in the towel and kept knocking on the door looking for another equaliser, which eventually came through Ronaldo deep into added time.