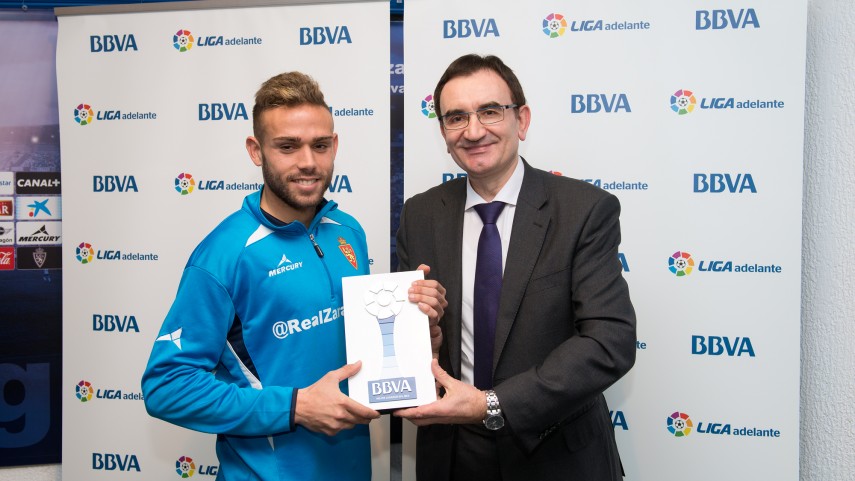 The forward has been chosen as the best player in the championship during the first month of 2014 thanks to his fine performances for Zaragoza.

Roger Martí has been awarded with the BBVA Prize after being chosen as the best player in the Liga Adelante during the month of January by the main sponsor of the Liga de Fútbol Profesional.

The striker, who is on loan from Levante, has been one of the main reasons behind the Aragon outfit’s good start to 2014. The 23-year-old scored three times for Paco Herrera’s team in the four matches played in January, finding the back of the net against Sporting Gijón, Alcorcón and Mirandés. His goals helped Zaragoza move into the much-coveting fourth place at the end of the month, as the Romareda side beat Sporting (2-3) and Mirandés (0-1) by the tightest of margins.

So far Roger has played in 20 Liga Adelante matches, a total of 1,365 minutes, during which time he has scored six goals.