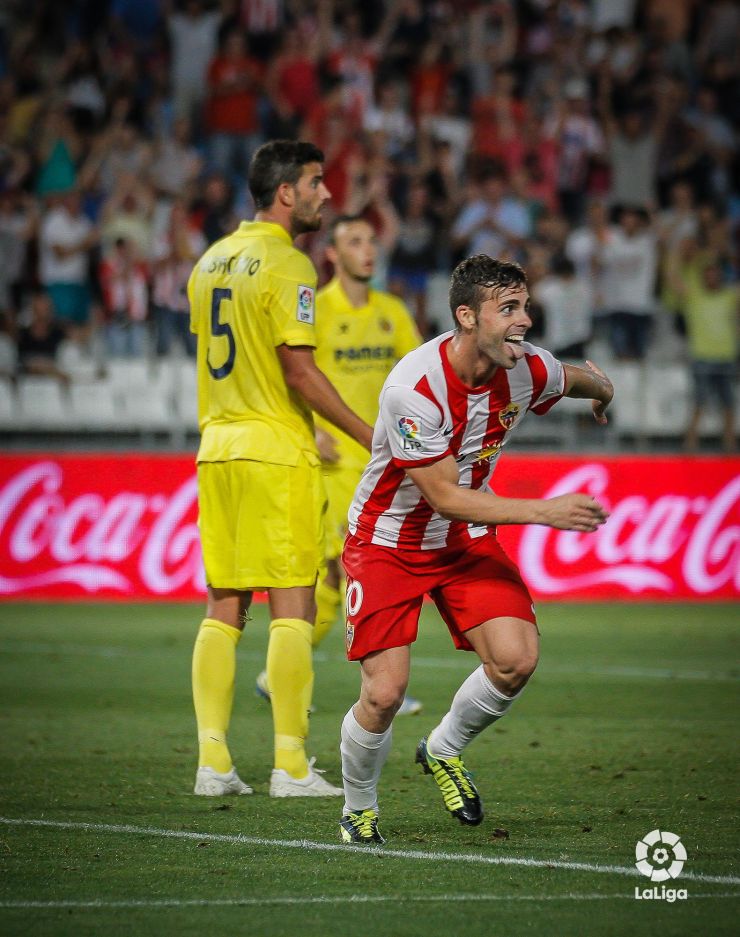 Rodri the man of the moment

The Almería player is his side’s leading goal scorer with seven, and finds himself amongst the country’s top marksmen.

One of this season’s sensations in Liga BBVA has a name; Rodrigo Ríos Lozano, or 'Rodri'. Born in Soria, he has been with FC Barcelona, Sevilla FC and Real Zaragoza, but is currently experiencing the best form of his career at Almería. The nippy striker has found his goal-scoring boots in the Andalusian city.

His duels against opposition goalkeepers have resulted in seven goals, propelling his team, who got off to a shaky start, upwards. He forms part of a strike partnership whose football is easy on the eye, with their goals the crowning jewel in the team’s combative play. These goals have translated into points, with seven of the Andalusian side’s 12 points being a direct result of his goals.

He now finds himself alongside the country’s top marksmen in terms of goals scored, and has already scored five more goals than the whole of last season. One way teams are taking to stopping the forward is by bringing him down, and it’s no coincidence that Rodri is one of the most fouled players in Liga BBVA.

The player on loan from FC Barcelona has banished the memory of Charles, who scored 32 goals for Almería last season, and is now a fan favourite with the Red and Whites. At only 23 years-old he is showing the maturity necessary to continue helping his new club with the fine run of form he is experiencing. Rodri is most certainly a footballer with a very promising future.