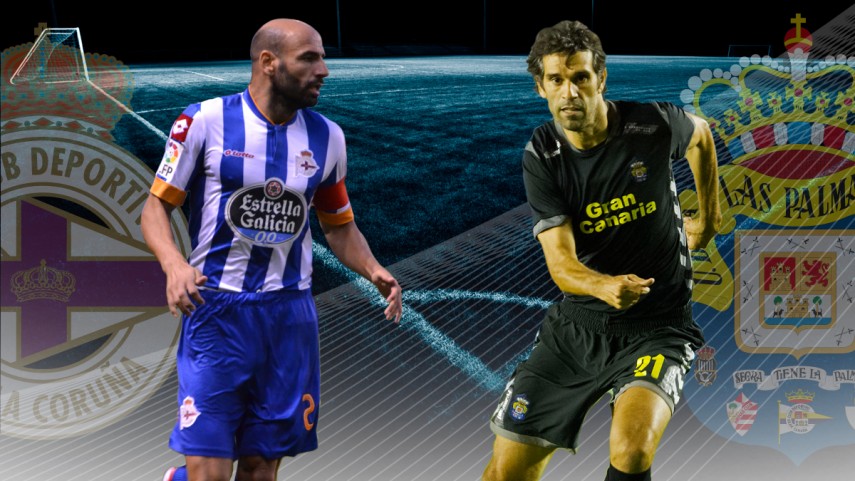 Manuel Pablo and Valerón, who spent thirteen years with the Galician club, will put their friendship aside for 90 minutes as Deportivo and Las Palmas go head-to-head in the Liga Adelante.

While the opening weekend of the Liga Adelante saw Manuel Pablo and Juan Carlos Valerón face each other for the first time in 14 years, the second encounter between them will be even more special. This time round they will be competing against each other in the stadium where they’ve experienced the best and worst points of their incredible careers, Riazor.

Both men, who were born in Las Palmas and rose through the Yellows’ youth ranks, broke into the Gran Canaria outfit’s first team during the 1996/97 season. However, four years later, during the 2000/01 campaign, destiny made it so that Manuel Pablo and Juan Carlos Valerón would partner up again in Deportivo La Coruña.

With the Galician club they won two Spanish Super Cups (2000 and 2001) as well as an unforgettable Copa del Rey title at the end of the 2001/02 season, when they beat Real Madrid in the Santiago Bernabéu. Apart from these titles and coming close to being crowned the Liga BBVA champions on a few occasions, they also represented Deportivo on the European stage, where they recorded famous victories in Old Trafford and the San Siro.

With the glory days behind them, Manuel Pablo and Valerón suffered bitter experience of relegation to the Liga Adelante at the end of the 2010/11 campaign. However, both men, who over the courses of their careers had to overcome serious injuries, didn’t abandon ship and helped the Galician outfit to promotion to the Liga BBVA the following season.

Last season Deportivo was relegated to the Liga Adelante again, and in the summer Manuel Pablo and Juan Carlos Valerón parted company for the first time in thirteen years. Valerón signed for his boyhood team, UD Las Palmas. Now the two Canary Islanders prepare themselves for Sunday’s face off on the pitch where they hold their dearest sporting memories.

Manuel Pablo, who is 37-years-old, leads a Deportivo side that finished the first half of the Liga Adelante season in first place, while Valerón, who is a year older than his former teammate, continues to put in solid and consistent performances for Las Palmas, a side that is also looking for promotion to the Liga BBVA. Manuel Pablo is shown the supporters’ love each time he plays in Riazor. Meanwhile, Valerón, El Flaco (The Skinny One), who despite returning to his home of 13 years, Riazor, wearing a different shirt, will no doubt receive a standing ovation from the Galician crowd.

For 90 minutes Manuel Pablo and Valerón will put their friendship aside, and when the final whistle blows on the mythical Riazor, they will no doubt think back to some of the most important moments of their careers in the Galician stadium.