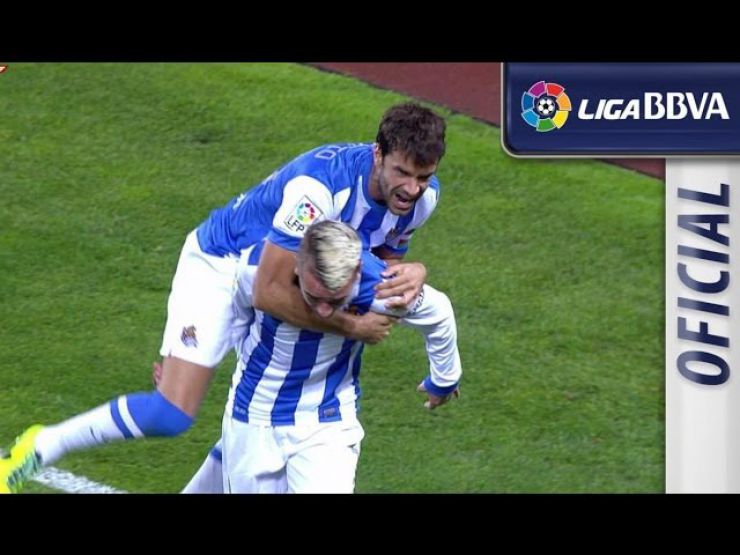 Real Sociedad de Fútbol, which had not won in the Estadio de Anoeta since its first match, sealed a resounding 3-0 victory over Almería, who are currently propping up the Liga BBVA table, thanks to two goals from Antoine Griezmann and another from José Ángel.

It was the team from Gipuzkoa who took the initiative from kick-off. Only 12 minutes had passed when Griezmann's head met Xabi Prieto's cross, and Almería found themselves picking the ball out of their net. The Andalusian team was agonisingly close to levelling the score before half-time, but a confident looking Claudio Bravo saved his team's advantage.

Almería had no time to react. After the break, the Andalusians tried to capitalise on their opportunities, but Jagoba Arrasate's men held firm. Real's second again came from the head of Griezmann. Three minutes later, José Ángel put the final nail in his opponents' coffin, beating Esteban with a superb strike. Almería, currently last in the table, could do little in face of Real's onslaught. With the victory, Real Sociedad draws a little closer to the European spots, while the Andalusians' situation has worsened.