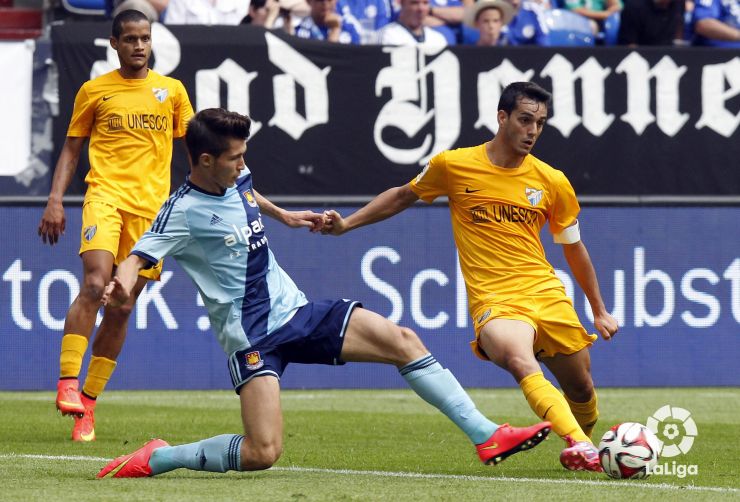 Rescaldani: "It was a great experience"

Just as in the first match, when the Andalusian side defeated Newcastle United FC 3-1, the star of the game was Málaga CF, who this time notched up a 2-0 win over West Ham United FC. "We were better than our opponents in both matches we played here. That gives us peace of mind and motivation for what is to come", said Ezequiel Rescaldani after the match.

The young Argentinian was named man of the match and shared his impressions of the LFP World Challenge Tour after collecting the prize that was presented to him by LFP Ambassador Fernando Sanz "It was a very important experience, both in order to get some minutes under my belt and to test ourselves against some first-class teams and visit some impressive stadiums".

The first goal of the match was provided by Ezequiel Rescaldani, who scored from long range with is left foot. Then came the goal that sealed the victory from Luis Alberto. The winning margin would have been greater if Juanmi Jiménez, who was wearing the captain’s armband, had made the most of the chances that came his way. "Our work rate was really good, we had a lot of chances and we’re progressing day by day", stated the player from Malaga. The team ends its LFP World Challenge Tour after a long trip through Australia and Germany, from where they will be returning home with a smile on their faces and feeling more than ready for the next season.