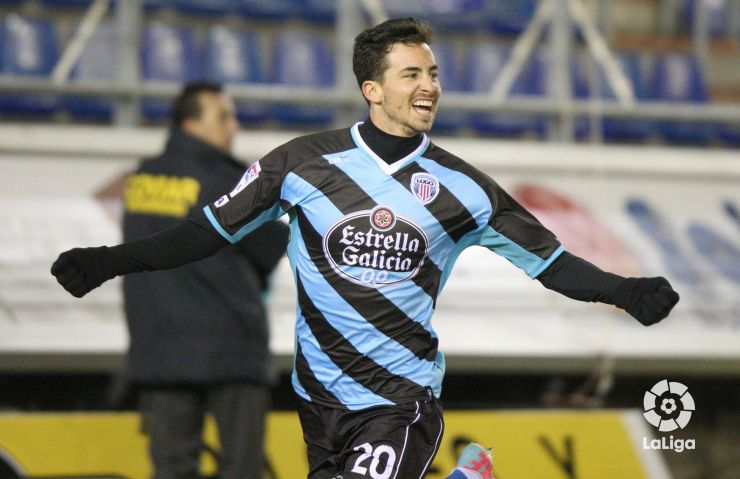 Quique Setién's strikerhas proved an essential member of the team with two goals that have produced six points.

Football goes in cycles and the positive one CD Lugo finds itself in the midst of has a lot to do with its striker Vincenzo Rennella. Perhaps his figures are not spectacular, nor his stats stratospheric, but the forward's work-rate and excellent performances this season are proving vital to keeping his team in ninth place in the Liga Adelante.

His eight goals have been priceless for his team. Six of the Galician team's nine victories have included a goal from Vincenzo Rennella.  It is a superb record for the 16 Liga Adelante matches he has played this season.

His year so far has been affected by injuries, which slowed the spectacular start Quique Setién's men had to the season with Rennella leading the attack. During his absence due to muscle problems, one draw and one victory in six matches were all the rojiblancos could muster, which speaks volumes of how important he has become for his team.

Since his recovery, Lugo has stopped one of the Liga Adelante's best teams in their tracks, SD Eibar, with a goalless draw in the Ángel Carro. The defeat at the hands of CD Mirandés was no more than a blip en route to two consecutive victories.

The first was a0-1 win over CD Numancia at a ground as difficult as the Nuevo Estadio de Los Pajaritos. The goal came fromRennellaafter several weeks outand he was straight back on the score-sheet. FC Barcelona B was his latest victim after a point-blank finish that sealed the final 1-0 score.

The striker's role in the team goes beyond just his goal-scoring. With him, Lugo have the man they need spearheading the team and they have returned to winning ways, making him, together with Fran Sandaza, one of the most dangerous forwards, as was the case at the start of the season. Vincenzo Rennella has come back in style to place his team among the best in the Liga Adelante.