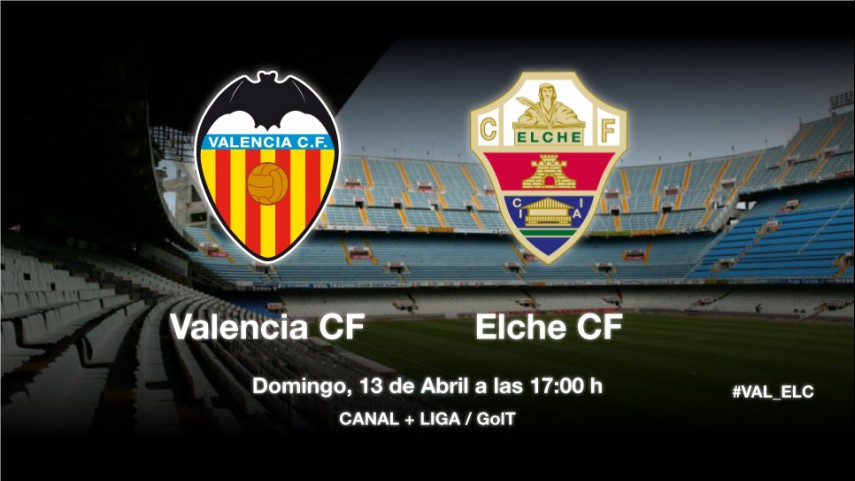 Regional battle at the Mestalla

Valencia CF and Elche CF face off at 17:00 in a regional derby in the 33rd round of Liga BBVA. After their spectacular comeback against FC Basel in the Europa League quarterfinals, Juan Anonio Pizzi's side will try to gain three points to keep their European aspirations for next season alive. Elche know that a win at the Mestalla would mean one step closer to survival.

Valencia's Argentine coach knows Fran Escribá's side will be a tough nut to crack: "we have to try and play on the front foot because we need the three points. Elche are looking to stay up and it will be a tough game", said Pizzi, who will be without Diego Alves, Jérémy Mathieu, Philippe Senderos and Víctor Ruiz.

Escribá will be without Edu Albacar and Álvaro Giménez who are injured. Carles Gil won't play against his old club and Manu de Moral is a doubt. "A win wouldn't guarantee our objective but if we did win we'd be within touching distance. To win in Valencia isn't easy, we will have to give our all and hope they have an off day", said the Elche boss.