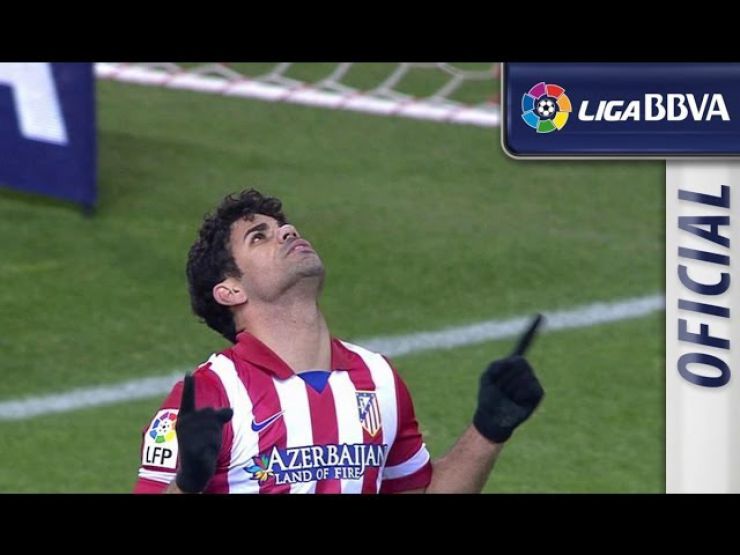 Red and Whites made to work for win over Levante

Diego Costa scored his 19th Liga BBVA goal this season to give Atlético a win over a Levante side who made things difficult for the home side.

Club Atlético de Madrid suffered as they downed Levante UD in the 17th round of Liga BBVA, taking the three points and improving their record at the Vicente Calderón.

Despite the strength that the Valencia side showed during the match, including taking the lead in the second minute through Andreas Ivanschitz, Joaquín Caparrós' side came away without anything to show for their efforts in Madrid and finished 2013 with a loss.

Levante's early goal surprised Atlético, who were made to work very hard to get on the scoresheet. Diego Godín calmed the stadium down with a good header after half an hour, and following half time it was Diego Costa who volleyed past Keylor Navas to give the home side the advantage.

Levante then drew level following excellent individual play by Pedro Ríos in the 56th minute. With Levante on the asendency, Rubén arrived fractionally too late and upended Juanfran for a penalty. Diego Costa converted from 12 yards, and Atlético could breathe easy and end their fantastic year with a win.