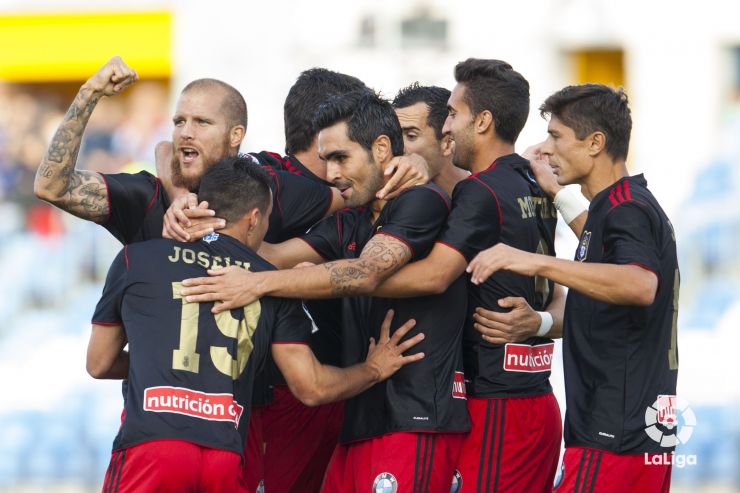 Recreativo move ahead in Liga Adelante

Castilla fought until the end to no avail against a hard working Huelva side.

Top of the table RC Recreativo de Huelva beat Real Madrid Castilla 1-2 in the ninth round of Liga Adelante matches.

The Madrid side, spurred on by their first victory of the season in the last round of fixtures and motivated by the visit of the league leaders, came out looking for an early goal. But the side from Huelva were more solid and effective, wasting little time in taking the lead. It was Joselu who finished off a quick counter attack, firing the ball past Rubén Yañez.
Castilla had the chance to equalize almost immediately, but Borja missed the penalty. Minutes later they were awarded another spot kick, and this time Omar Mascarell made no mistake from 12 yards to level up the contest.

It was Recreativo who went in at half time ahead, Manuel Arana this time putting Castilla to the sword. Both sides had their chances in the second half, but the solid defence of the league leaders was able to see off a late bombardment and record a victory which means they stay top of Liga Adelante.