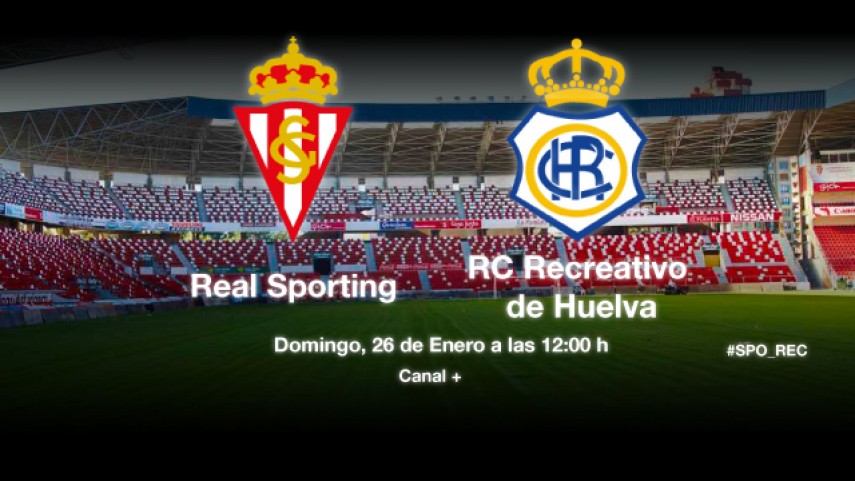 Recre bid to stay in the race to the BBVA

The Andalusians visit Sporting, the Liga Adelante leaders, in a bid to stay in touch with the top of the table.

The Molinón will witness one of the best matches of Liga Adelante matchday 23. Real Sporting de Gijón will be defending its leadership against RC Recreativo de Huelva, who are looking to pick their game up and keep their promotion chances alive in a match between two of the division's biggest teams.

Sporting and Recreativo, the Liga Adelante's top two goal-scorers, are also two of the hot favourites for promotion to the Liga BBVA at the end of the season. The Asturian outfit will be without the banned Nacho Cases, Iván Hernández, Alberto Lora and Carlos Carmona. José Ramón Sandoval, who featured on LFP.es this week, spoke cautiously about the possibility of going up at the end of the season: "We have to stay consistent to our style which is one of humble teamwork and a predisposition for hard work".

He will be faced by Sergi Barjuan's Recreativo. The Catalonian manager stated that "it would be a game of few goals" despite both teams' abilities to find the back of the net. The Andalusians will have all their players available to them, including their new signing, Toño García. The Decano, who have not won a match since the 1st of December 2013, need a victory keep the top of the table in sight.