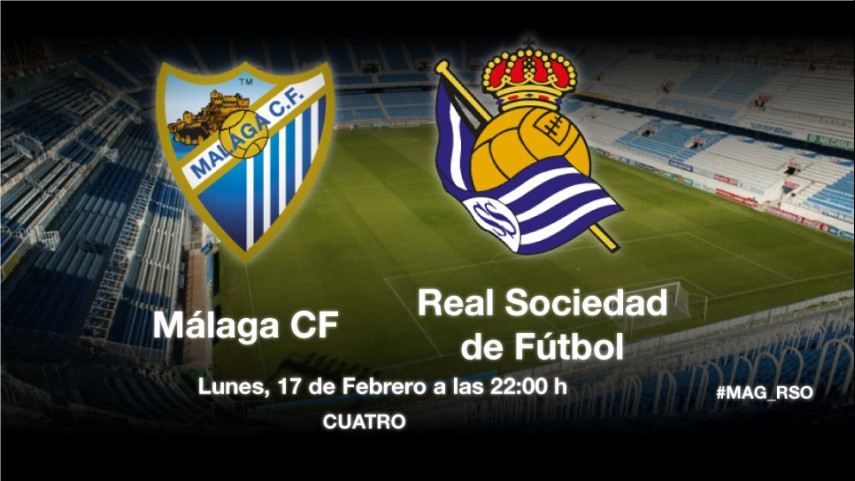 Real to test out an improved Málaga

The Andalusian side, spurred on by their win at home last time out against Sevilla, take on the Basque side that are in the European spots.

Málaga CF host Real Sociedad de Fútbol at the Estadio de La Rosaleda in the game that closes the 24th round of Liga BBVA fixtures.

The Andalusian side will go into the game on a high after defeating Sevilla FC 3-2 in their last home game. They will be looking to move away from the relegation zone, which they currently only sit three points above of. Their manager, Bernd Schuster, will be without defenders Jesús Gámez, due to injury, and Sergio Sánchez, who is suspended. Eliseu Pereira will also be unavailable for Schuster who analysed the attitude of how his team will approach the tie: “We go into the game against Real feeling good”, said the German.

On the other bench Jagoba Arrasate will aim for a win to keep his side in the European places, as they look to move closer to fifth-placed Villarreal CF. He will be without defender Dani Estrada, midfielder Esteban Granero and forward Imanol Agirretxe due to injury. Arrasate highlighted Málaga’s principal danger as being “an impulsive side”.