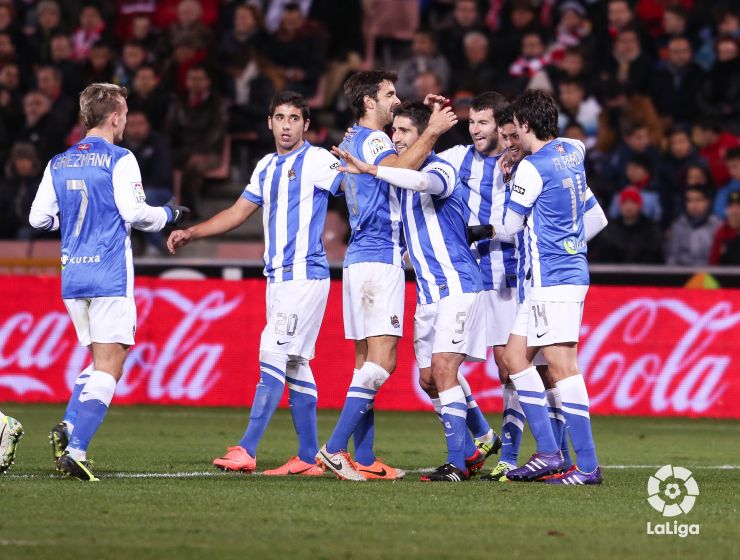 The Basque team defeated Valencia 1-0 through a goal from Agirretxe to put pressure on Villarreal in the battle for fifth place.

Real Sociedad de Fútbol recovered their form in the Liga BBVA after beating Valencia CF 1-0 on the 28th matchday of the competition. A second-half header from Imanol Agirretxe was the difference between the two teams at the Anoeta Stadium.

The first half between the txuri-urdines and the chés was full of chances and either of the two teams could have taken the lead. Antoine Griezmann and Jonas Gonçalves came closest to opening the scoring, but their shots failed to find the back of the net.

The home side were brighter after the break and did not want to miss the opportunity to move away from Valencia, a team aiming to be in the fight for the European spots. A header from Agirretxe on around the hour mark breathed air into the Basque team, who went back to winning ways after two defeats on the trot in the competition, while the Valencians suffered their second loss in their last three matches in the Liga BBVA.