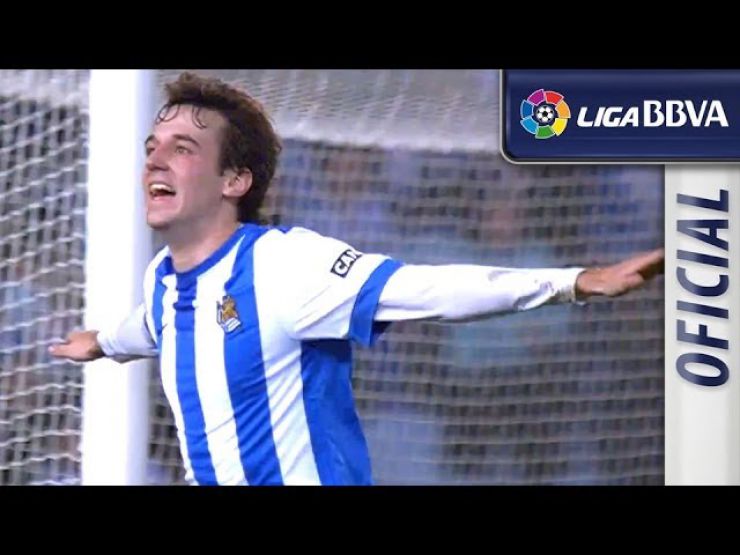 Real Sociedad take the spoils in the derby

The 'txuri-urdin' downed Athletic 2-0 thanks to goals from Griezmann and Rubén Pardo.

The Basque derby saw Real Sociedad de Fútbol down Athletic Club 2-0 in the 18th round of Liga BBVA fixtures. An Antoine Griezmann strike towards the end of the first half and a Rubén Pardo goal in added time were enough to give the home side the win in the exciting game notable for the high quality of football and electric atmosphere at the Estadio de Anoeta.

The first 20 minutes were dominated by the Red and Whites, with Ernesto Valverde’s side playing with high intensity. However the side from Donostia came back into the game, with Carlos Vela running the visitor’s defence ragged on occasions. After Carlos Gurpegui went close for Athletic, it was Real who went in ahead at the break. Griezmann smashed home his 12th goal of the season in Liga BBVA with a volley from outside the box.

The game’s pattern stayed the same following the break. Whilst Athletic looked for the equaliser, Griezmann came close to finishing the tie when he ran through one on one with Gorka Iraizoz, however the goalkeeper came out on top. The visitors pressed more and more as time ran out, but it was the home side that were able to soak up the pressure and Rubén Pardo sealed the win in injury time.