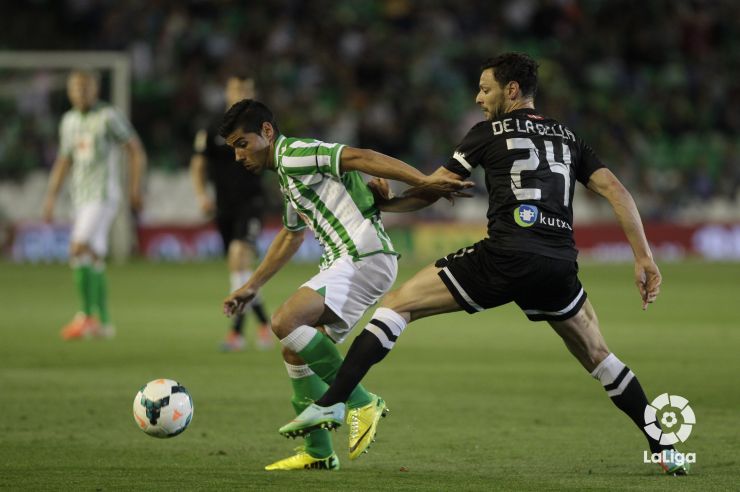 The Basque side down Betis 0-1, meaning the Andalusian side are relegated, with a Carlos Vela goal.

Real Sociedad de Fútbol sealed their place in European competition for next season after downing Real Betis Balompié 0-1 with a Carlos Vela strike from the penalty spot. This result means that the Andalusia outfit are the first team to be relegated in 2013/14.

The first half of the game lacked intensity. Despite that, it was Betis who came close with a couple of shots that went over. The Basque side only came close once, with a Carlos Vela effort that was deflected. With this panoramic, equality was maintained on the scoreboard at half time.

The break was good for the Basque outfit, who went ahead early in the second half. Carlos Vela won and scored a penalty to make it 0-1. The home side tried, and came close, to levelling proceedings, but Rubén Castro’s effort was saved by keeper Claudio Bravo.