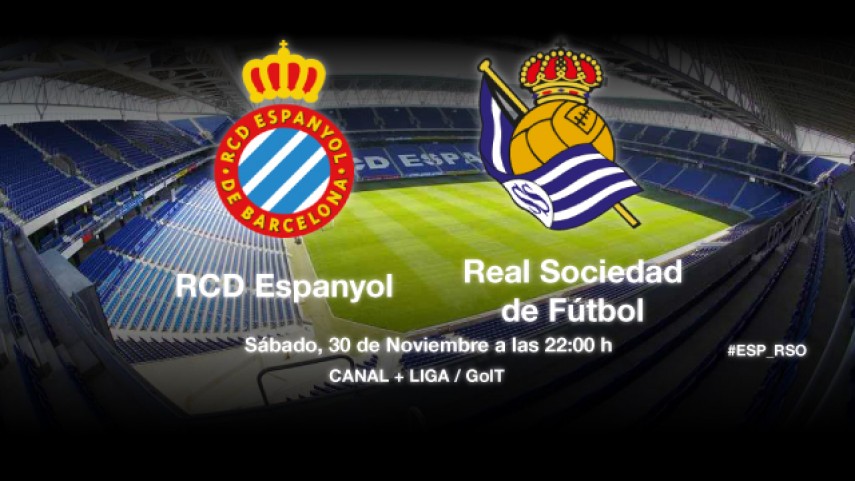 After last weekend's comeback against Celta, the Basque said is looking to forget its European woes and is ready to focus on its bid for a place near the top of the Liga BBVA.

Real Sociedad de Fútbol are hoping for a confidence boost against RCD Espanyol on matchday 15 of the Liga BBVA, after their elimination from the UEFA Champions League. For their part, the home team will be hoping to ride the momentum they have earned through some positive results after a sweet 4-1 win over Rayo Vallecano.

Espanyol are just two points from the European spots and will be hoping for a victory to help them move nearer. To do so, Víctor Sánchez will be back in the squad for the Catalonian side along with Joan Capdevila and Abraham González. Javier Aguirre, Espanyol's coach, who has just celebrated his first anniversary at the club, is well aware of the threat posed by his opponents: "The team have been warned that Real Sociedad will be going all out for the win".

For his part, Jagoba Arrasate, the Basque side's manager, hopes to rediscover "defensive rigour and intensity". "We have to focus on playing our best football in order to win tomorrow", declared the txuri-urdin coach, who will be without the injured Carlos Martínez. Chory Castro's availability will be uncertain until the last minute.