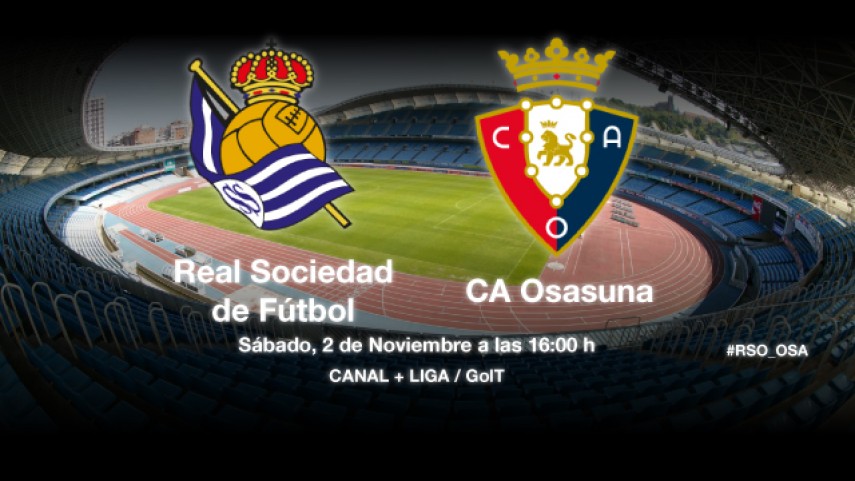 Real Sociedad, confident in the Anoeta

The White and Blues are looking to consolidate at home with their second victory in a week against a will-motivated Osasuna that won its last clash 3-1.

Real Sociedad de Fútbol host CA Osasuna in a clash with no shortage of rivalry.

Jagoba Arrasate's team will hope to complete this swing of three matches in one week with a second victory, while Osasuna come into the game highly motivated after their convincing win against Rayo (3-1).

In the side from Donostia, midfielder Gorka Elustondo and Íñigo Martínez have entered into the plans of the manager, who declared that "Osasuna have changed, their morale is now much higher". He also spoke of his aspirations in the Liga BBVA: "We want to be strong in the Anoeta so that we can aim higher".

Osasuna's coach, Javi Gracia analysed the condition of his team before the match: "The match against Real has come at a good time for us in terms of morale" and he talked about his opponent's current good form: "They are doing well. In Europe they have not received their just deserts and I think they look good in the Liga BBVA". Argentinian midfielder Emiliano Armenteros will be the only player unavailable to Javi Gracia.