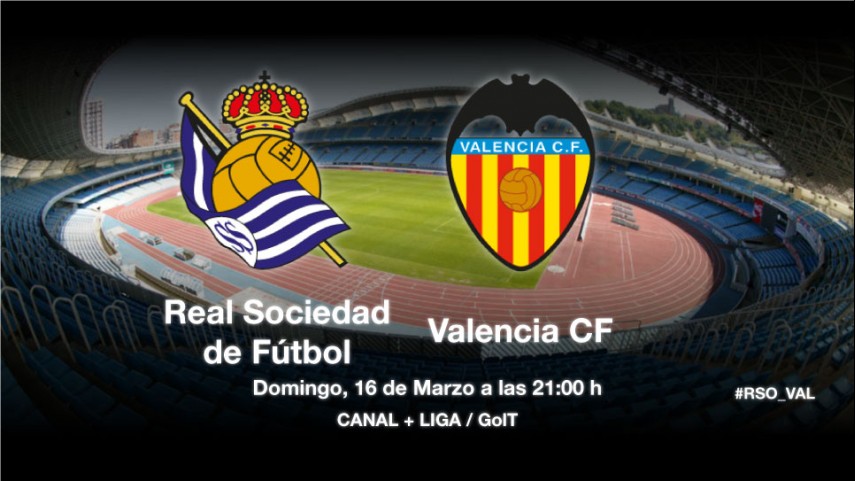 Real Sociedad and Valencia keep one eye on Europe

Both teams, who are direct rivals in the table, will fight it out for a match that promises more than just three points: a European spot is also at stake.

Matchday 28 of the Liga BBVA has thrown up a clash between direct rivals, as Real Sociedad de Fútbol take on Valencia CF. It is a match in which both teams' aspirations for Europe will determine the battle for three points on the pitch.

The team from Donostia, who have lost their last two league games, are ready to fight back and their coach, Jagoba Arrasate, made no attempts to hide the team's goals: "The squad are well aware that our objective is Europe, if it is sixth place, fine, but fifth is better". Claudio Bravo, Carlos Martínez and David Zurutuza return to the fold.

They will face a Valencia that has looked stronger by the week since the arrival of Juan Antonio Pizzi and, as it did against Madrid team Rayo Vallecano last week, it will be looking to mount an assault on the Anoeta in order to stay in touch with the fight for Europe. "It is a new challenge and we have to try and record a good result, because we are playing a direct rival", stated Valencia's manager.