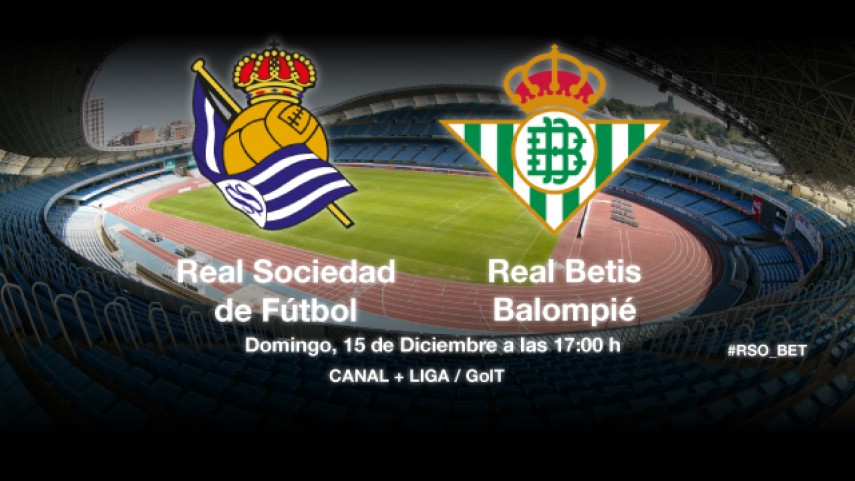 Both teams have the chance to make amends for some disappointing results in Europe this season.

Real Sociedad de Fútbol, who were recently knocked out of the UEFA Champions League, host Real Betis Balompié in the Anoeta on the 16th matchday of the Liga BBVA. Both sides have suffered through their participation in the European competitions and are now both in search of a victory to kick-start their seasons.

The 'txuri-urdin' do not want to underestimate a side that may be stronger than they appear. "Betis are bottom, but they are not your typical last-place team. They are a team that is playing two competitions, perhaps that has affected them too, but it is not the worst club in the Liga BBVA", stated the Basque team's coach, Jagoba Arrasate. Iñigo Martínez, Liassine Cadamuro and Gonzalo 'Chory' Castro are back in the line-up for the clash.

For their part, the Andalusian side require a victory in order to turn things around and leave the relegation zone, and their last UEFA Europa League result against HNK Rijeka (0-0), behind them. Their manager, Juan Carlos Garrido stated: "We can compete against any club and we have to start showing that we can be the teams in the top half of the table".