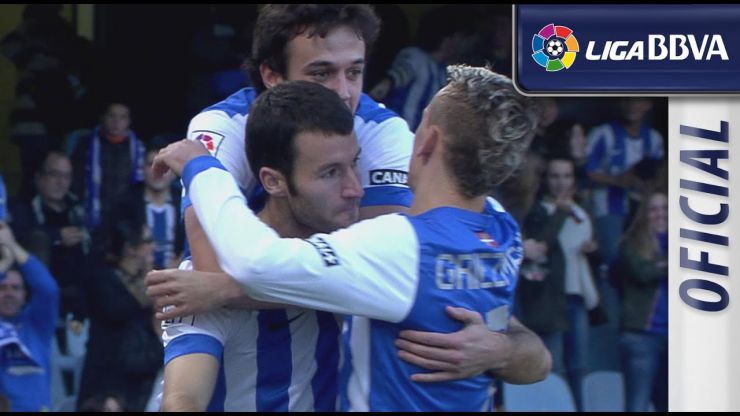 The Basques win 5-1 against a Betis side which remains rooted to the bottom of the table after going nine matches without a victory.

Real Sociedad beat Real Betis Balompié 5-1 during matchday 16 of the Liga BBVA. The Andalusian side, which hasn't won in Anoeta since the 6th of December 2003, remains at the foot of the table having gone nine games without picking up a win. The Basques meanwhile made it four wins out of four at home thanks to a Imanol Agirretxe brace and more goals from Ansotegi, Antoine Griezmann and Xabi Prieto.

Real came out of the traps flying and, with only six minutes on the clock, Agirretxe gave them an early 1-0 lead. It was the Usúrbil-born striker’s first ever Liga BBVA goal and he put his team ahead with a beautiful lob after Rubén Pardo found him with a great pass. Then in the 19th minute Álvaro Vadillo and Jorge Molina linked up well in order for the latter to beat Claudio Bravo and level the score.

Jagoba Arrasate's side looked far the stronger in the second half and imposed itself well on Juan Carlos Garrido's men. Ansotegi gave the home team the lead again in the 55th minute with a powerful header. Following that Griezmann, Xabi Prieto and Agirretxe (for the second time) added their names to the scoresheet to make it 5-1.