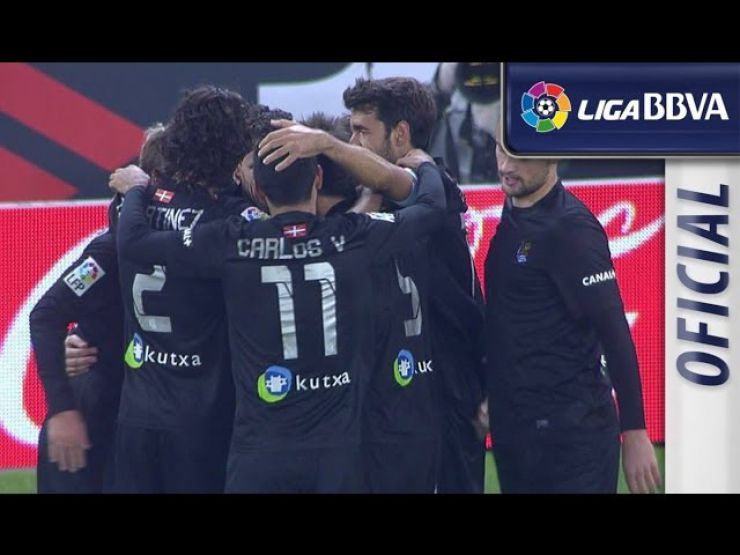 Real mount a comeback in the Cornellà

The Basque side beat Espanyol 1-2 thanks to an own goal from Stuani shortly before the final whistle.

Real Sociedad de Fútbol recorded a laboured victory over RCD Espanyol in the Estadio Cornellà - El Prat thanks to an own goal from Christian Stuani. Antoine Griezmann had equalised after Jhon Córdoba's opener.

The two teams, who are in the tussle for European spots, produced a very closely-matched first half. Imanol Agirretxe was the first of the txuri-urdin to try his luck, but the home keeper, Kiko Casilla, was up to the task. Before the half-hour mark, a run from Córdoba resulted in the first goal from Espanyol, which the Colombian himself slotted passed Claudio Bravo in a one-on-one.

After the restart, the Basque side took control of the game and pressured the home team's defenders on several occasions. Agirretxe showed his face in the attack once more with a header that whistled over the bar after one hour of play, before Griezmann made the most of a sweet cross from Carlos Vela to make it 1-1. In the dying minutes of the match, an own goal from Stuani tipped the balance in favour of the visitors, who will be grateful for their second consecutive Liga BBVA victory.