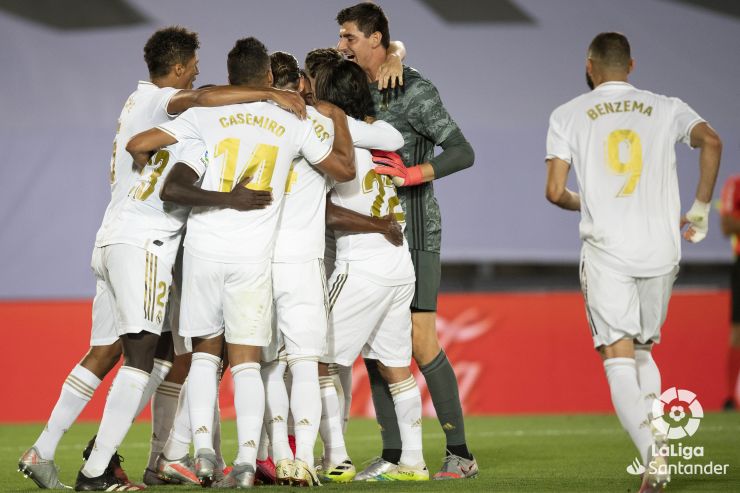 Los Blancos have won LaLiga for the first time since current manager Zinedine Zidane steered the club to domestic glory in the 2016/17 season. A tally of 87 points and a resolute defence have seen them reach the pinnacle of Spanish football once again.

Real Madrid's 34th LaLiga Santander title has been underpinned by consistency and statistics proving how hard they have worked throughout the season. An impressive points tally of 87 was enough to seal the championship for the first time since 2016/17.

As is often the case, consistency has been the side's usual tonic, with a record of 26 wins, eight draws and just three defeats. The team have racked up ten consecutive victories since the resumption.

The club from Avenida de Concha Espina have once again clinched success, back under the stewardship of Zinedine Zidane. The French coach has been able to make good use of all the resources at his disposal, with 26 different players getting minutes and 21 notching goals.

Despite having the second-most potent attack in LaLiga Santander (70) and an inspired Karim Benzema among the top goalscorers (21), going forward has not been the main key to this title success. A huge part of the club's triumph this season has been down to the rearguard. Real Madrid's strength has been protecting their own goal, conceding only 25 times, with Thibaut Courtois the goalkeeper who's conceded the fewest goals in LaLiga Santander (20).

This league title is further proof of Real Madrid's fine record in LaLiga Santander, having won 38% out of the 89 competitions in the club's history. No other side has clinched at least one league title in each of the last eight decades.