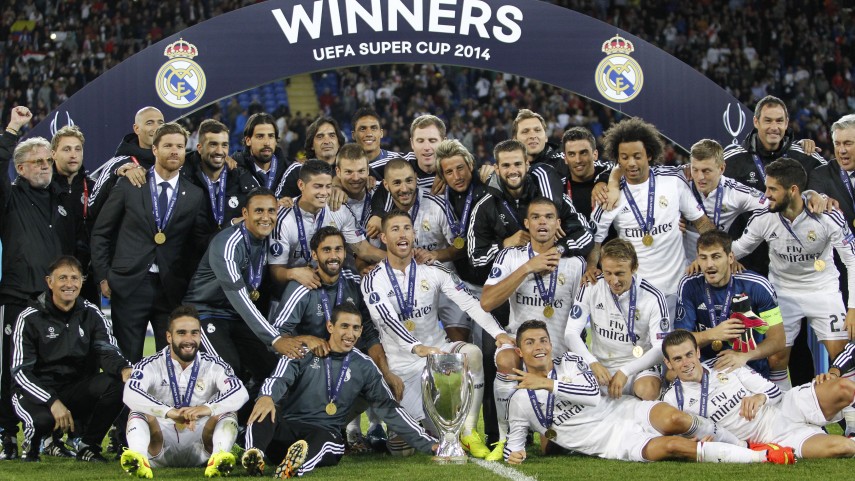 The Whites won the title after beating Sevilla 2-0 courtesy of a Cristiano Ronaldo brace.

Real Madrid won their first piece of silverware of the season after defeating Sevilla FC 2-0 in the UEFA Super Cup final, which was held in the Welsh capital, Cardiff. Thanks to a stellar performance from Cristiano Ronaldo, who scored both his team’s goals, the Whites claimed the trophy for the second time in the club’s history, adding to their victory in 2002.

Cardiff City Stadium was the setting for an exciting first half of football, full of chances on goal. Following a tight opening few minutes, Carlo Ancelotti’s men began to establish their dominance on the encounter and threatened the Andalusians’ goal on various occasions, with Ronaldo the most lively of Madrid’s players. It was the Portuguese man, who was denied early on by a reaction save from Beto, who opened up the scoring in the 30th minute by getting onto the end of a great cross from Gareth Bale. Daniel Carriço had a golden opportunity to get an equaliser for Sevilla just before the break, but IkerCasillas was able to block the defender’s shot.

Real Madrid came out for the second half full of intensity and Cristiano Ronaldo made it 2-0 in the 49th minute by beating Beto with a powerful left-footed strike. Shortly afterwards, James Rodríguez could have got a third for Madrid, but once again Beto was at hand to keep his side in the game with a fantastic reflex save. Despite fighting hard until the end of the game, Sevilla were unable to overturn the 2-0 scoreline and the Whites lifted the trophy.