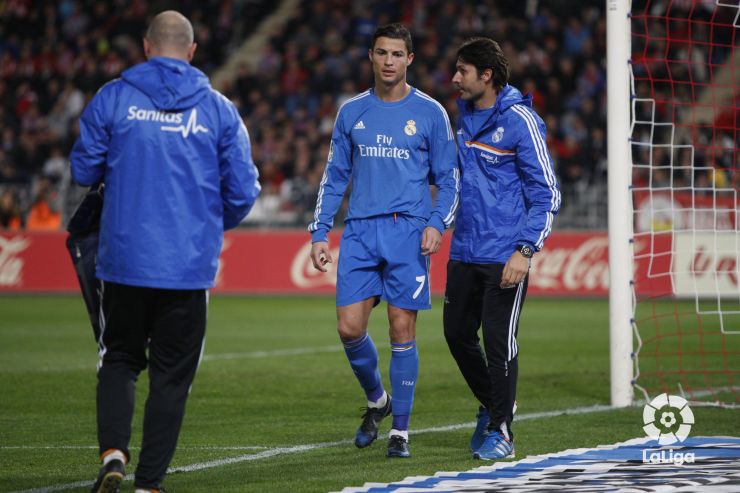 The Real Madrid striker withdrew from the match against Almería with a knock and an injury has been detected in his left thigh.

Cristiano Ronaldo was the star of Real Madrid CF's win over UD Almería. The Madrid striker opened the scoring in the Estadio de los Juegos Mediterráneos, but in the 53rd minute of the match he had to withdraw after picking up a knock.

The Portuguese international underwent the pertinent medical tests on Monday morning, revealing that he is suffering from a muscle strain in his left thigh. The club is to monitor his progress, therefore his presence in the UEFA Champions League match on Tuesday against Galatasaray AŞ will be an uncertainty until the last minute.

The player explained the reason for his substitution at the end of the match against Almería: "It was a precaution. Nothing special. I was kicked in the first half and the muscle felt a bit tight".