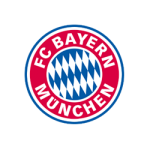 Real Madrid, the first finalist in the Champions League

The Whites triumphed in the Allianz Arena and stamped their ticket to Lisbon thanks to two goals from Sergio Ramos and another two from Cristiano Ronaldo.

Real Madrid CF have fulfilled their dream of reaching another UEFA Champions League final, twelve years after their last one. The side from Spain's capital romped past FC Bayern München with a 4-0 victory in the second leg of the semi-final tie, following through on the 1-goal advantage they brought with them from the Santiago Bernabéu.

A little over half an hour was all Carlo Ancelotti's men needed to quieten the Allianz Arena faithful, as Sergio Ramos became the hero of the match and took the visitors one step closer to their dream. After fifteen minutes of play, the Whites' defender headed home a Luka Modrić corner and, five minutes later, repeated the feat, beating Manuel Neuer with another header.

The visitors were consistent in their play, and never once looked like letting their dream of returning to the pinnacle of European football slip away, they trapped the Germans and Cristiano Ronaldo did the rest. With a magnificent counter attack, the Portuguese made it 0-3, making it a first half to remember. In the second half, a wounded Bayern tried to close the deficit but Real Madrid stayed firm and Cristiano scored the fourth to put the icing on the cake and seal their place in Lisbon on the 24th of May.