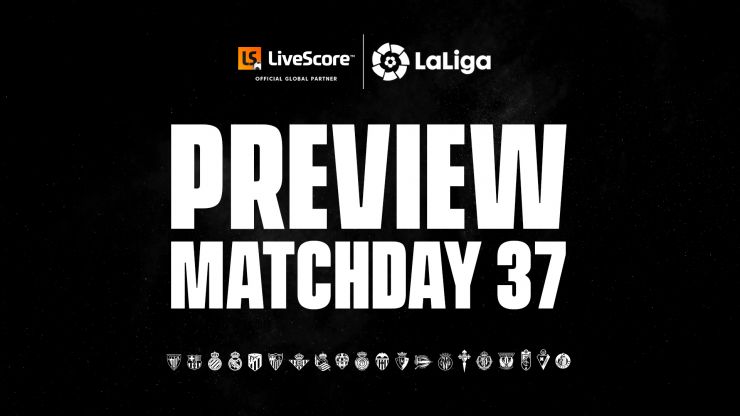 Real Madrid will secure their 34th LaLiga Santander championship if they can beat Villarreal CF tonight.

Real Madrid welcome Villarreal CF to the capital this evening knowing that a win will see them regain the LaLiga Santander title. The table-toppers’ 2-1 victory at Granada CF on Monday was their ninth in a row and maintained their four-point lead over second-place FC Barcelona. The visitors arrive in Madrid sitting in fifth place having won nine points from a possible 15 in their last five matches. Games between these two sides in recent seasons have often been tight, with three of the last four ending in draws. Villarreal CF, however, have only picked up one away win against Real Madrid in LaLiga in the last decade.

FC Barcelona know that results elsewhere must go their way if they are to stage a dramatic comeback in the title race. A 1-0 victory at R. Valladolid on Saturday ensured that they remain within touching distance of league leaders Real Madrid, but with just two games left to play, time is running out. C.A. Osasuna arrive on the back of four wins in their last six matches, losing just once and conceding only five goals in the process. They held the defending champions to a 2-2 draw in the reverse fixture last August and did manage to collect a 1-0 win at FC Barcelona in May 2009. Recent clashes haven’t been so favourable though, with the visitors shipping 27 goals in their last four LaLiga Santander defeats at Camp Nou.

Atletico de Madrid’s 1-0 win over Real Betis at the Wanda Metropolitano on Saturday extended their unbeaten run in LaLiga Santander to 14 games and ensured they will finish in the top four. Getafe CF have European aspirations of their own and sit sixth in the table on 54 points, despite a poor run in recent weeks. Their draw away at D. Alaves on Monday night was their fourth game without a victory, meaning it is now just one win in their last nine league matches. Their task may again prove to be a tough one this evening, since the hosts have lost 13 and drawn one of their last 14 league meetings with Atletico de Madrid.