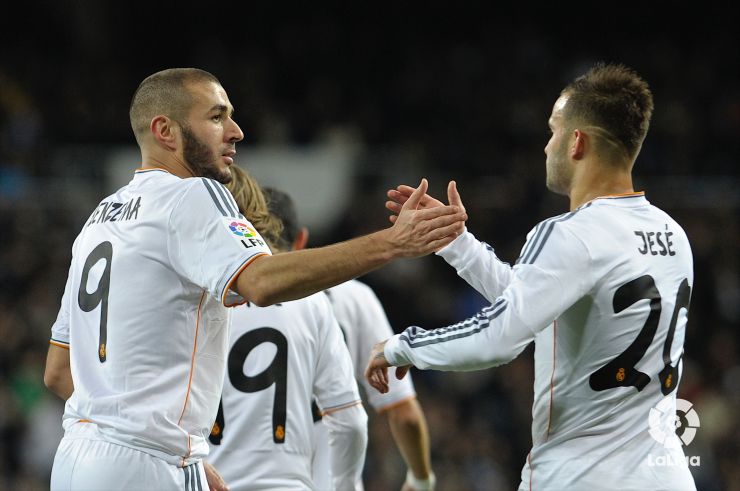 The Whites are level on points with Atlético at the top of the table after the defeat of Simeone's team. Rayo and Valencia both filled their boots.

Matchday 23 of the Liga BBVA provided plenty of goals, with 18 scored in the matches in which Valencia CF, Rayo Vallecano, Real Madrid CF and UD Almería were all victorious.

All eyes were on the Estadio de los Juegos Mediterráneos where the leaders were visiting UD Almería in a match that was decided late on. A brace from José Antonio 'Verza', the midfielder from Alicante, made it 2-0 and sealed the deal for the home side. The result favoured Real Madrid, who had to fight for a win over Villarreal CF (4-2) with goals from Gareth Bale, Jesé and Karim Benzema, the latter with two.

For its part, in the match that opened Saturday's play, the ché made a clear statement of their intent to continue progressing in the competition with a rout (5-0) over Real Betis Balompié, who remain in the relegation zone after this result. It was a similar story for Rayo Vallecano, who demonstrated their quality in a 4-1 win over Málaga CF. The victory keeps their dreams of safety alive.

After these results, Real Madrid have taken over at the top of the Liga BBVA table, level on points (57) with Atlético but with a superior goal difference. FC Barcelona, who are to play Sevilla FC on Sunday, will join the two sides from the capital if they take three points home from Seville.