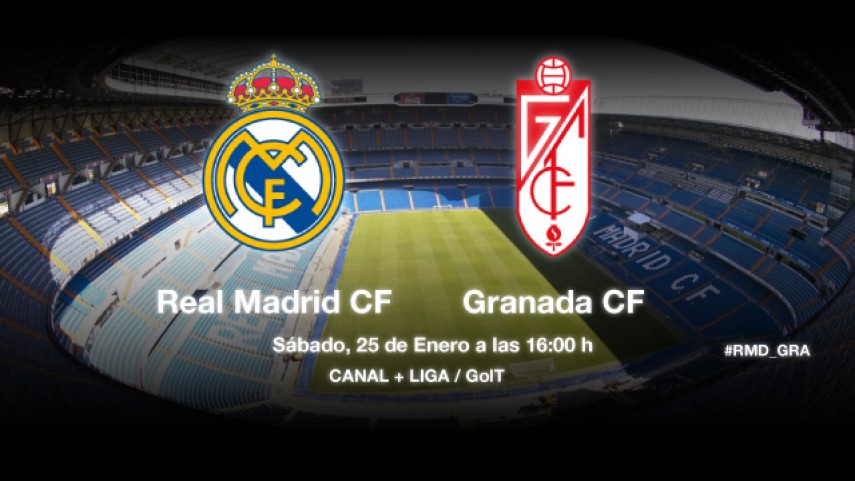 The Whites host Granada in a key match in which a win, given Barcelona and Atlético don't play until Sunday, would see them move to the top of Liga BBVA, at least temporarily.

Granada CF travel to the Estadio Santiago Bernabéu to take on an in-form Real Madrid CF in the 21st round of Liga BBVA fixtures. The Whites could spend Saturday night as the league leaders, given FC Barcelona and Club Atlético de Madrid don’t play until the following day.

The home side have won their last four games and will try to make it five in a row as they pile the pressure on the two sides above them in Liga BBVA. With the 0-5 away victory against Betis they reduced the deficit to just one point. "The calendar gives us a chance to go top. After being six points behind, it's something important", said Carlo Ancelotti in his pre-match press conference.

For their part, the visiting side sit in mid-table, and will be looking to cause an upset against Real Madrid. Lucas Alcaraz said "we must try to be competitive, to play well and that will help us achieve a good result". The Granada coach will be without the suspended duo Fran Rico and Hassan Yebda, who add to the growing list of absentees at the Andalusian club.