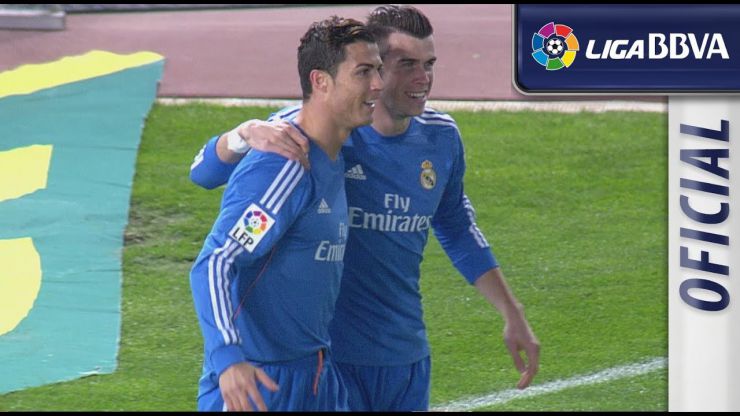 The Whites put five past the Andalusian outfit, which came into the match on the back of three consecutive victories.

Carlo Ancelotti's side got off to a perfect start when Ronaldo opened up the scoring in the third minute. The Portuguese star recorded his 17th Liga BBVA goal of the season after finishing off an Isco cross from the right. Despite going behind, Almería fought on and created some clear chances to level the encounter, with a lively Rodri leading the forward line for the home side.

The second half saw the best of Real Madrid, although Ronaldo had to come off after getting a knock on his left leg. Benzema doubled the visitors' lead in the 61st minute, and then Bale made it 3-0 in the 72nd to effectively kill off the game. The Whites compounded their win with goals from Isco and Álvaro Morata, thereby putting an end to Almería's good run of three victories in a row.