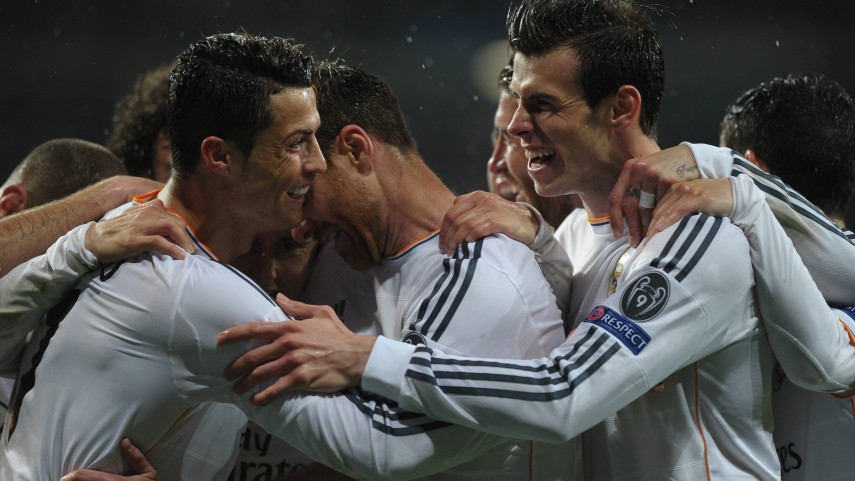 Goals from Bale, Isco and Cristiano Ronaldo mean the team from the capital have one foot in the next round of the Champions League after shutting out Borussia in the Santiago Bernabéu.

Carlo Ancelotti’s men were ruthless and Gareth Bale had opened the scoring before the clock reached 3 minutes. The Welshman was quicker off the mark than the entire German defence and beat Roman Weidenfeller from inside the six-yard box. A vastly-superior Real Madrid, made it clear from the start that they were looking to wrap things up in the first leg in order to give them an easy trip to Signal Iduna Park. That superiority was converted into a second goal before the break. Isco Alarcón’s perfectly struck shot from the edge of the area was too good for the German keeper.

It was a similar story in the second half. The Whites always looked like getting a third and it was Cristiano Ronaldo who found it. After a one-two with Bale, the Portuguese finished things off with his 100th Champions League goal. Borussia’s attempts to pull one back were unsuccessful. Real Madrid go into the second-leg of the tie in Germany next week with the luxury of a three-goal cushion.