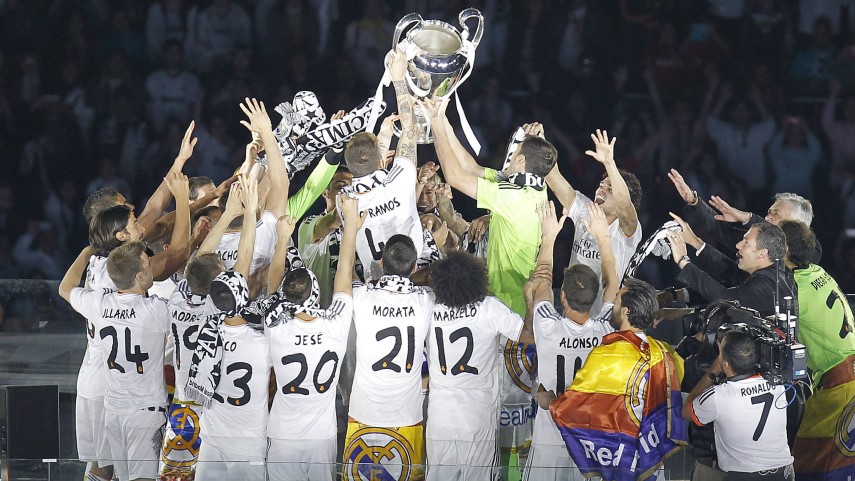 Twelve years after winning their ninth Champions League, the Whites have once again claimed the European title.

Following a joyful night in Lisbon, Real Madrid arrived in the Spanish capital in the early hours. There was no time for tiredness. Thousands of fans were waiting for the players to celebrate at the 'La Décima' (The Tenth) at the Cibeles foundation.

Chants, excitement and joy were present all along the route. Hundreds of metres in which all the players and coaching team celebrated with their fans and family their tenth European crown, with the name of Real Madrid engraved on it in gold letters.

The celebrations continued into the Sunday with a big party at the Santiago Bernabéu Stadium. A crowd of over 80,000 enjoyed celebrating the European title. Music, colour and above all a great deal of excitement to welcome the coveted tenth UEFA Champions League trophy.