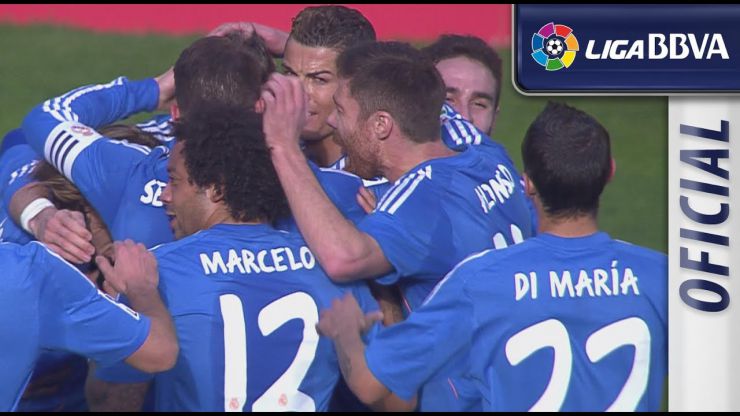 Having played one more match, the Madrid side is level on points with Barcelona and Atlético after defeating Betis in the Benito Villamarín.

Real Madrid beat Real Betis Balompié 0-5 on matchday 20 of the Liga BBVA. The Whites sleep level on points with FC Barcelona and Club Atlético de Madrid while the home side are still propping up the table with 11 points.

The visitors were the superior side as they dominated the match and frequently tested Stephan Andersen. With three goals in the first half Real Madrid had practically sewn things up. Cristiano Ronaldo put his team ahead in the tenth minute with an outstanding shot from outside the box, leaving Betis' keeper flat-footed. Gareth Bale made it 0-2 with a goal from a direct free-kick and later came the turn of Karim Benzema, who found the third for Carlo Ancelotti's men, leaving Betis battered and bruised before the break.

In the second half, Ángel Di María,with a beautiful left-foot strike off a Luka Modrić corner, and Álvaro Morata put the finishing touches on the visitors' victory. The Whites, who have played one more game than their closest rivals, now have 50 and are flirting with the Liga BBVA leadership.