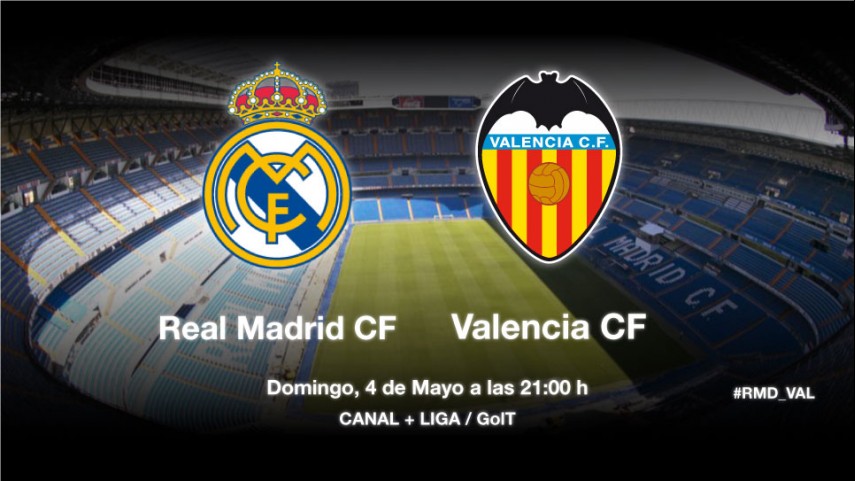 Real Madrid aim to stay in the fight for the title

The Whites are looking for a victory that will keep them in the race for the championship against a Valencia that have not won away since their visit to the Camp Nou (2-3).

Real Madrid CF and Valencia CF go face to face in an exciting game on matchday 36 of the Liga BBVA.

Carlo Ancelotti’s side want to stay on Atlético de Madrid’s heels in the fight for the championship. The Whites are looking to close the gap with the rojiblancos over the three remaining matchdays (four for them). For this encounter the German Sami Khedira returns to the matchday squad after recovering from injury, but Luka Modrić is out due to a calf problem. Ancelotti is in no doubt that they will fight for the championship: “We will fight for the Liga to the end”.

Valencia, meanwhile, travel to Madrid aiming to earn an away victory that they have not managed since their 2-3 win at the Camp Nou against FC Barcelona on 1 February. Juan Antonio Pizzi, the Valencia manager, was optimistic after his team’s elimination from the UEFA Europa League: “With victory at the Bernabéu we can be happy again”. The Argentine coach will be without defenders Víctor Ruiz, Oriol Romeu, Philippe Senderos and José Luis Gayà.