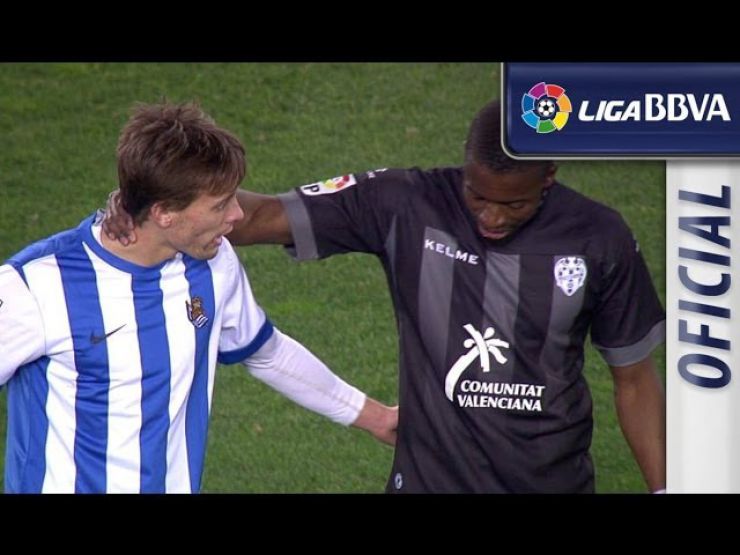 Real is frustrated by Navas

A fantastic performance by the Levante keeper denies the Basque side a win at home.

It finished all square in Anoeta as Real Sociedad and Levante were held to a 0-0 draw in their Liga BBVA matchday 23 meeting, a result that does little to affect either side.

Real dominated the play, while Joaquín Caparrós' men opted to be patient and decided to gamble with a high line, something that suited the Basques, who looked sharp in attack. Antoine Griezman and Gonzalo Castro bombarded Keylor Navas’ goal all throughout the first half, but the in-form keeper won't let anything past him.

Levante increased the pressure after the break and caused the San Sebastian team a few problems, especially on set pieces, but they too were unable to find the back of the net. Sergio Canales stood out in the centre of the Basque side’s midfield.