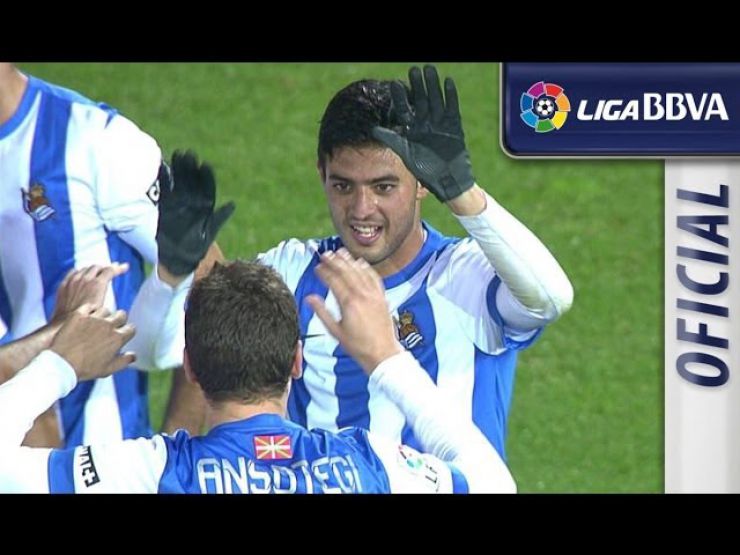 Jagoba Arrasate's side won 1-3 against Granada and remain close to the UEFA Champions League spots.

Real Sociedad de Fútbol ended the year with a 1-3 win over Granada CF In the 17th round of Liga BBVA fixtures, securing their first win in over 40 years at the home of the Andalusian side in the process.

The first half was an exciting duel between the Basque and Andalusian outfits. The visitors went ahead thanks to a Carlos Vela goal after half an hour. Francisco Medina 'Piti' levelled things up for Granada with a left footer, before Antoine Griezmann scored his 11th goal of the season in Liga BBVA to restore his side’s advantage three minutes before half time.

In the second half the home side looked for the equaliser and went close through Youseff El-Arabi and Yacine Brahimi, however neither player found the breakthrough. Vela sealed the win for his side with half an hour to go, beating Roberto Fernández in the Granada goal. Following Villarreal’s defeat in Saturday’s first game, the Basque side now sit fifth in the table.