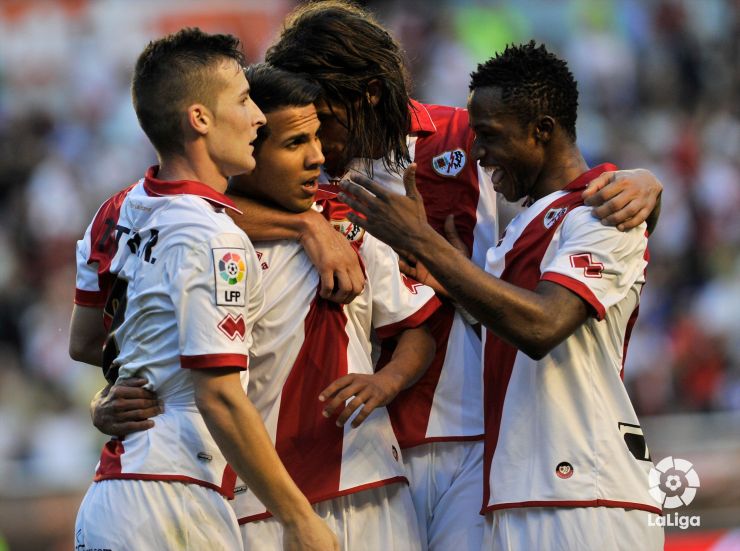 Paco Jémez’s team was awarded for sticking to its good footballing philosophy with a 1-0 victory over Getafe, which ended its five-match winless streak.

Rayo Vallecano is back, and in the best possible fashion: by winning. Rayo refound its form against one of its favourite opponents, Getafe, by winning its fifth Liga BBVA match of the season and maintaining its 100% against the South Madrid side in the five times the two teams have met in the Spanish topflight.

Paco Jémez’s men play an attractive brand of football which hadn’t been paying off in the last few encounters. The 1-0 victory in the Madrid has reignited optimism among the club’s ranks and now the correlation between good football and winning seems strong once again. Almost two months after beating Celta Vigo 2-0 in Balaídos, Rayo picks up another three points.

The Vallecas side is characterised for being a team of contrasts. Contrasts which the club’s manager Paco Jémez tries to control and which make Rayo a peculiar outfit. One draw in 19 Liga BBVA games shows that the Madrid side always goes all out for the win. The main reason this approach is taken can be found in the dugout. Paco Jémez’s personality is evident on the pitch, just as it was when he led Real Zaragoza’s defensive line as a player. His presence is still felt during matches.

With his playing experience and the lessons he has picked up during his first few years as a coach, he is now in charge of a Rayo side that doesn’t know when it is beaten, which can sometimes be to its determent. It’s all or nothing. It is a team that gives its all on the pitch and has perhaps lacked a bit of luck and maturity in finishing off the chances it has created.

The bravery of Jémez’s men has paid off and now they find themselves with 16 points, just two points away from Liga BBVA safety. Moving out of the danger zone could happen sooner rather than later if the Madrid side continues to play good football.