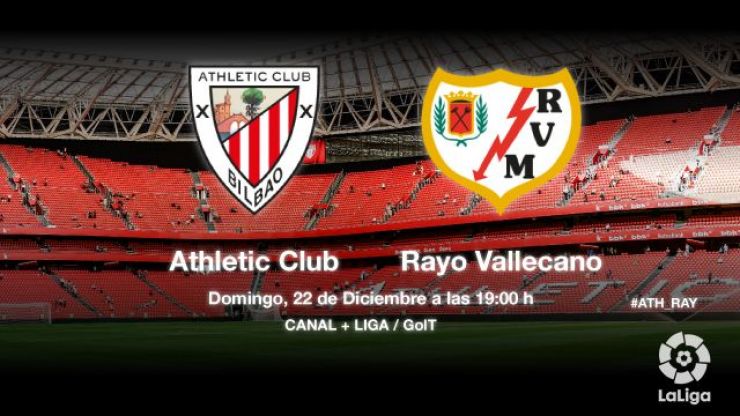 Rayo to test out the invincibility of San Mamés

The Madrid side will visit Athletic looking to be the first visiting side to take all three points from the Bilbao side’s stadium in Liga BBVA this season.

The up until now impregnable wall of the Estadio San Mamés will come up against a tough test before the Christmas break as Athletic Club host Rayo Vallecano in the 17th round of Liga BBVA.

The home side, who currently sit in the European places, will look to end the year with a win in front of a home crowd who are yet to see their team lose at home this season. Five wins and two draws are the numbers that Ernesto Valverde’s side have amassed as the home side, and with a win they will move up to fourth in the table. “For me it’s a hard game, and the players are conscious of that. Rayo are going to come here to win”, said the Bilbao side’s boss.

Paco Jémez’s side go into the match on the back of a good run, and have not lost away since the 30th of October this year having taken five from a possible nine points on their last three away trips. “For us this match is an added challenge because the team are playing well and we have to channel that into getting results”, affirmed the visiting side’s coach in his press conference.