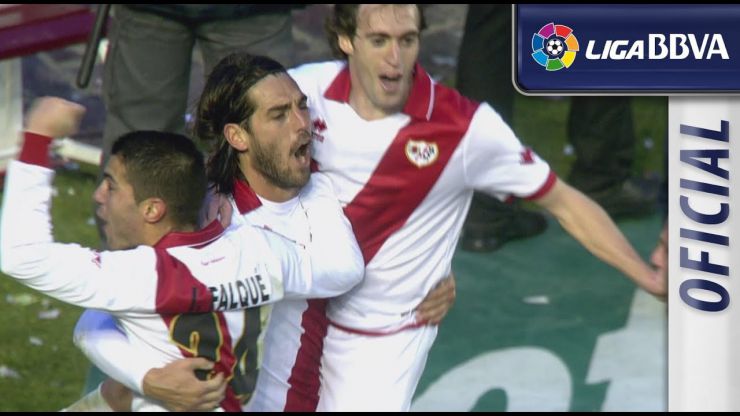 Rayo pick themselves up

The Madrid side beat Málaga 4-1 in a match that was practically wrapped up after twenty minutes and in which they went into the dressing room with a three-goal lead.

The first half of the match started with great intensity from both teams, but no clear chances for either. The first goals came midway through the first half. Young Rayo Vallecano midfielder Iago Falqué scored one of the goals of the day with a great left-foot finish after showing off some delightful skills.

But Málaga did not heed the warning, far from it, as they let in another, this time after a shot from defender Anaitz Arbilla that clipped an Andalusian defender and ended up in the back of Willy Caballero's net. When the referee was about to blow his whistle for half time Larrivey made it 3-0 from the penalty spot.

After the restart, Paco Jémez's team dominated and showed they knew how to manage the lead it created in the first 45 minutes. The blanquiazules did their best to reach Rubén's goal, but despite a speculative shot from midfielder Nourredine Amrabat, they barely troubled Rubén. With a 3-0 lead, Falqué cropped up once more to latch on to a wonderful cut back and make it 4. Bernd Schuster's men opened their account with a goal from midfielder Oleksanr Iakovenko after a sweet ball from Amrabat to seal the 4-1 result. The win puts Rayo on 20 points, two away from safety.