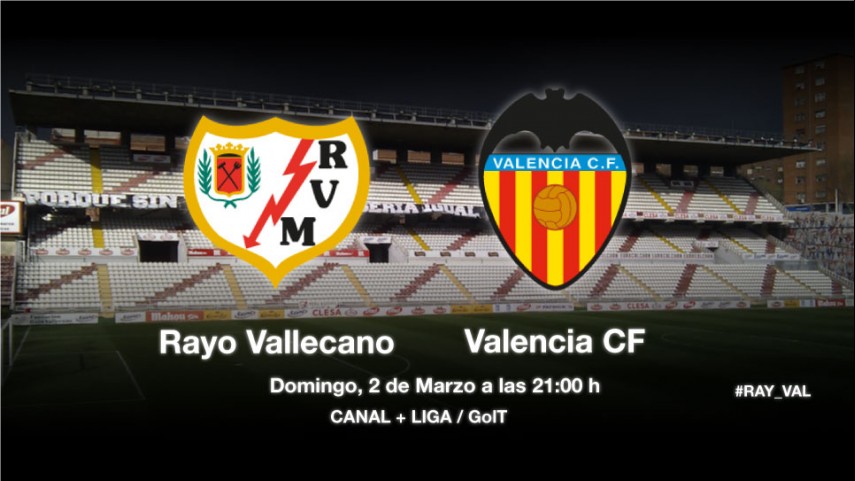 The Madrid outfit plays host to an in-form Valencia side that has been making its way up the table.

Sunday’s Liga BBVA matchday 26 action will close with a clash between two sides on opposite ends of the spectrum where the form book is concerned, but that are equally keen to pick up all three points in order to achieve their respective goals. Rayo Vallecano plays host to Juan Antonio Pizzi’s Valencia team.

The home side, which will be hoping to move out of the relegation zone, will be looking to make amends in front of its own fans after suffering two successive defeats in the league. The good news for Rayo is that the defence will be reinforced by the return of Alejandro Gálvez, who according to coach Paco Jémez, "gives the team more possibilities".

Meanwhile, Valencia, who have gone six matches unbeaten in the Liga BBVA, will be trying to maintain the good form that has seen them climb to eighth place in the table, and will travel to Vallecas with academy player Cristian 'Portu' Portugués, who could possibly make his debut in the Spanish topflight. "Portu is ready to play if we need to call on him", Pizzi stated in his pre-match press conference.