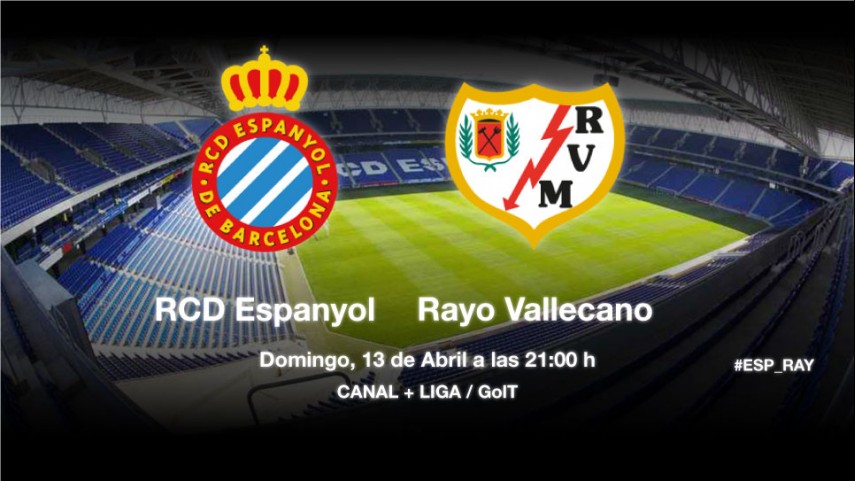 The Madrid side looking to keep their place above the drop zone and take another step towards staying up.

RCD Espanyol host Rayo Vallecano at the Estadio Cornellà-El Prat in the 33rd round of Liga BBVA.

After two consecutive defeats against FC Barcelona and Sevilla FC, Javier Aguirre’s side will be looking to get back to winning ways. The Catalan outfit, who will be without Héctor Moreno and Felipe Mattioni, will look for a win that will help them confirm their place in Liga BBVA. Aguirre analysed the form of Rayo in recent weeks: “They’re a side who play good football and we have to be wary. If we don’t play to our best, we’ll suffer”.

Rayo Vallecano meanwhile have five wins, a draw and one loss in their last seven games, which have lifted them out of the relegation zone, allowing them to go into the business end of the season in a more relaxed state of mind. Paco Jémez’s men will be looking to keep picking up points to not get dragged back into the relegation scrap. Rayo’s boss was ambitious pre-match: “If we want to come in the top 10 we have to carry on winning”. Álex Gálvez and Răzvan Raţ are suspended, whilst Jonathan Viera and José Carlos are injured for Rayo Vallecano.