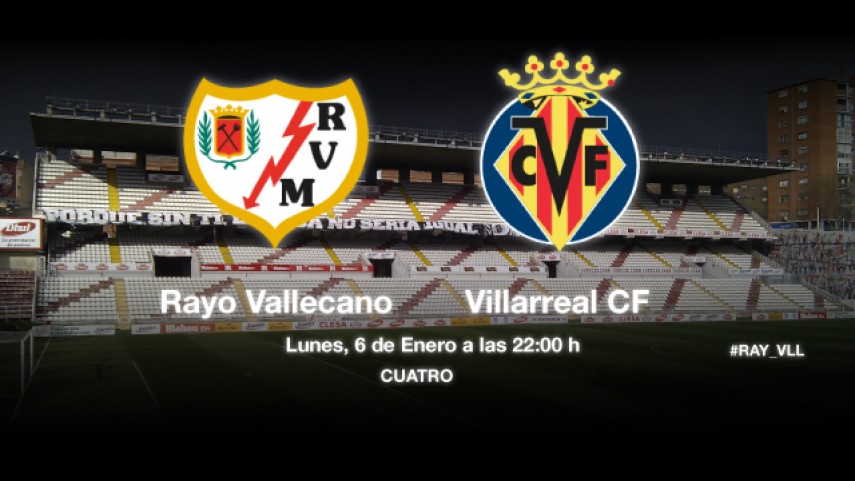 Rayo look to turn things round at home

The side from the south of Madrid will host Villarreal in Vallecas with their minds set on a victory that would allow them to start climbing the table.

Rayo Vallecano and Villarreal CF will see out matchday 18 of the Liga BBVA when they meet on Monday in the Estadio de Vallecas. Both teams come into the match with very different outlooks in the league but with the same objective: to get three points.

Paco Jémez, the Madrid team's coach, is well aware of the side's situation and his goal is to "start our escape from the relegation zone" in the next two Liga BBVA matches. Defenders Anaitz Arbilla and Zé Castro, and striker Joaquín Larrivey will not be available to the home team as they host the Yellows.

For their part, the visitors, who are managed by Marcelino García Toral, will be looking for a positive start to the year in order to recover from the two consecutive defeats they suffered before the Christmas break. "The side that makes fewest mistakes will have more chance of winning", stated the coach from Asturias, who will not use midfielder Cani for the clash.