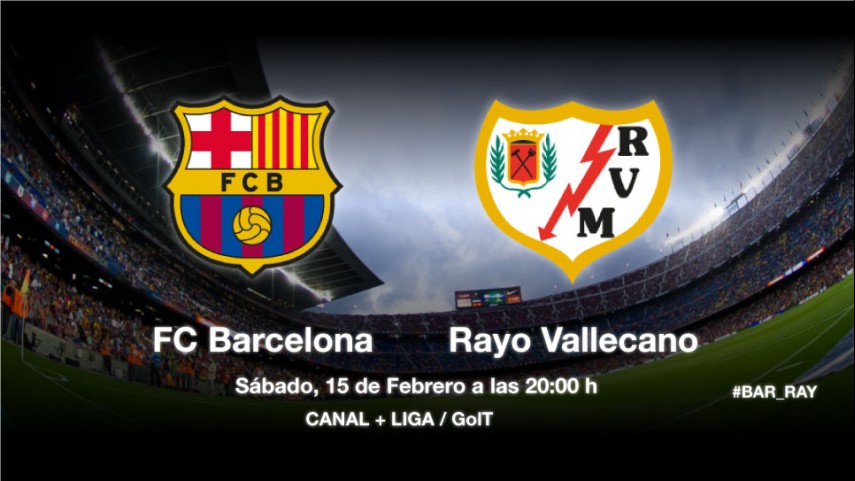 The Madrid side visit the Camp Nou to measure up against Barcelona intent on putting in a good performance and returning to the capital with at least a point.

Rayo Vallecano are looking to cash in on their Liga BBVA hot streak as they visit FC Barcelona, the league leader, on matchday 24 of the competition. The side from Madrid will be hoping to make the most of their current form as they try to avoid returning home empty handed.

Gerardo Martino, the azulgrana manager, will have Brazilian striker Neymar back for the match after nearly three months on the sidelines. The Argentinian coach left midfielder Xavi Hernández off his team sheet for technical reasons. "We are focussed on tomorrow's game. It hurt to lose the leadership and it was not easy to win it back", stated the South American manager.

Meanwhile, the Madrid side's coach, Paco Jémez, stated in the press conference that his men will put in a brave performance: "We have to go out there with a good attitude, making the most of our strengths, and trying to do as well as we can". The biggest changes to the squad for the visit to Barcelona are the inclusion of defender 'Tito' Triguero and midfielder Jonathan Viera.