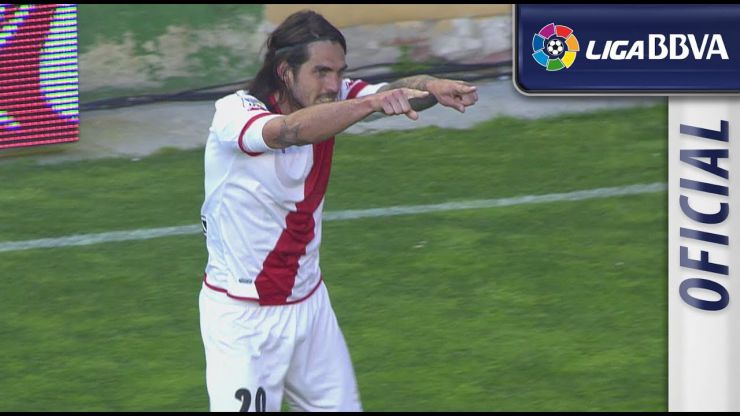 The Madrid team get a much-needed win and leave Almería in the relegation zone thanks to goals from Bueno and Larrivey.

Rayo Vallecano got a crucial victory against Almería in matchday 28 of the Liga BBVA campaign.

Rayo were full of authority and confidence as they went in search of a result that would extend their good run of form and allow them to climb out of the danger zone. At home in Vallecas Paco Jémez’s men had the better of the chances early on, especially through Alberto Bueno who opened up the scoring in the 37th minute. Unmarked for a corner, the Madrid native headed home to give his team the lead. Almería, who hardly had any chances, seemed helpless as the home team dominated the game.

Rayo didn’t drop their tempo after the break. Aware that a win would move them out of the Liga BBVA relegation zone, they continued to attack Esteban’s goal. Just after the restart, a great bit of play by Iago Falqué on the left wing ended with a low cross into the box which Joaquín Larrivey got on the end of to make it 2-0. Almería shortened the gap through Fernando Soriano but Rayo stuck to their guns and Larrivey was at hand again to secure the result. The Argentine, who is now club’s joint top scorer alongside Alberto Bueno, has found the back of the net during Rayo’s last three victories. This win moves the Madrid side out of the drop zone and leaves Almería in trouble.