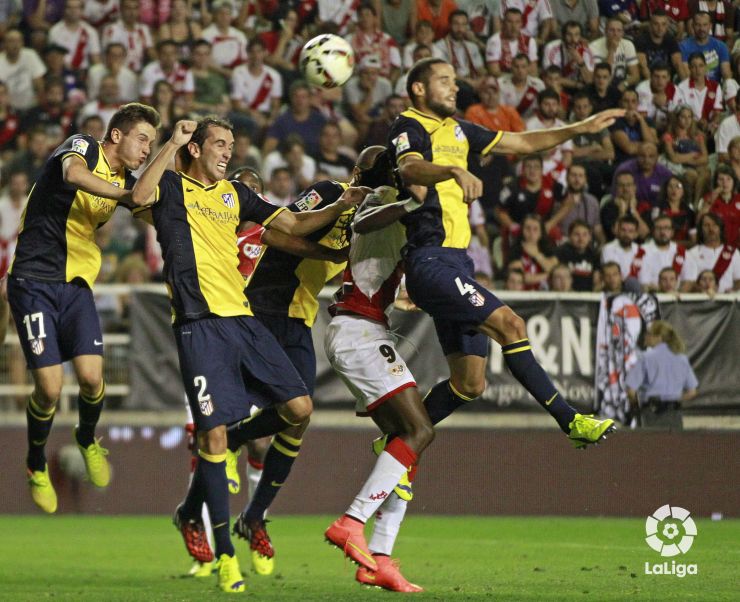 Rayo and Atlético pick up their first point

The side from Vallecas and the defending Liga BBVA champions shared the spoils after a goalless draw on the last game of the weekend.

Club Atlético de Madrid, the defending Liga BBVA champions, opened the 2014/15 season with a draw (0-0) against Rayo Vallecano de Madrid in the Estadio de Vallecas, in a match that could have gone either way until the final whistle.

Both sides fought for possession and to unsettle their opponent from the start of the match, which threw up few chances during the first half. Jonathan Pereira, who tried his luck from long range, had the best opportunity for Paco Jémez's men, while the Rojiblancos failed to beat a confident Cristian Álvarez who stopped a quick succession of shots after 30 minutes of play.

After the break, both teams had more unrewarded chances, but it was Rayo who created the most danger in the second half thanks to the arrival of Manucho. The team from Vallecas persisted and forced Atlético to sit back in their area until the end of the match in order to save the result and at least a point.