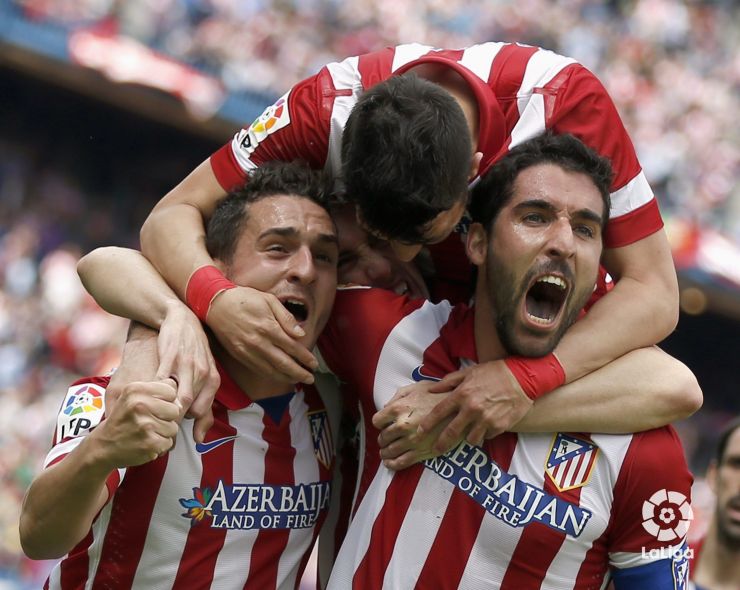 Raúl García keeps his team at the top

Despite the persistence of Villarreal in the second half, the Navarrese player's goal secured an important victory for Atlético who retain the top spot in the Liga BBVA.

Club Atlético de Madrid beat Villarreal by the narrowest of margins (1-0) on matchday 32 of the Liga BBVA. With this win the Madrid side remain leaders ahead of FC Barcelona and Real Madrid CF, who are second and third in the table, respectively. The visitors' defeat means Macelino García Toral’s side will spend another week outside of the European spots.

The rojiblancos took advantage of their first opportunity within fifteen minutes from kick-off. It was Raúl García who headed the ball into the back of the net from a good Koke corner. With the scoreboard tipped in their favour, Diego Simeone's side stayed firm, though neither of the two teams had any great chances on goal in the first half.

Villarreal went out in search of the draw and had control of the game in the second half. Midfielder Cani and, later, Jérémy Perbet could have scored for the visitors, but their powerful strikes missed the target. The great atmosphere at the Vicente Calderón helped the home side hold out until the end, retaining their position at the top of the Liga BBVA with a 1-0 victory.