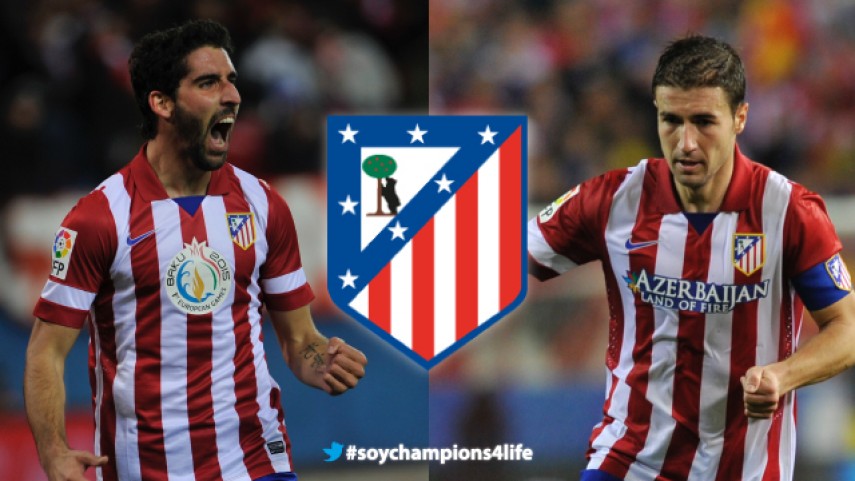 The two Atlético Madrid players will take part in the 'Champions for Life' on Monday.

Quality on and off the pitch. That best describes Raúl García and Gabi, the two Atlético Madrid centre midfielders who will be taking part in the 'Champions for Life' charity match on Monday the 30th of December.

They are two of the engines at the heart of Diego Pablo Simeone’s team. Raúl García is one of Atlético’s catalysts, and with six goals so far this season he has helped the Red and Whites remain in the fight to win both the Liga BBVA and UEFA Champions League titles.

Joining him is Gabi Fernández. A product of the Red and White youth academy, Gabi is now one of the bastions for the club in the centre of midfield. He is one of the first names on Simeone’s team sheet, and has started every game so far this season.

Both men will be togging out for the West team which will be under the stewardship of the RCD Espanyol manager, Javier Aguirre. The team will also be made up of players from Athletic Club, Celta Vigo, Real Sociedad, Deportivo Alavés and CD Lugo, among other sides.

It will be a unique opportunity to see the stars of the Liga BBVA and Liga Adelante, united for one cause, which is promoted by the Fundación de la Liga de Fútbol Profesional and UNICEF. It is a football and a charity event whose purpose is to raise money to help more than four million people whose lives were affected by the typhoon that hit the Philippines, as well as for other social projects in Spain and overseas.