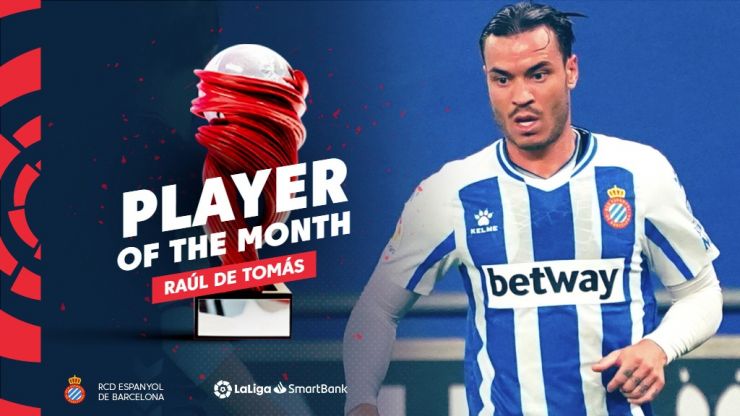 The Espanyol hitman scoops the gong after enjoying an excellent month, during which he notched four times and turned in a series of decisive displays.

Raul de Tomas, better known as R.D.T, has been awarded the LaLiga SmartBank Player of the Month accolade for December. The RCD Espanyol striker played a key role as the Catalans emerged victorious in their four league games during December to amass all of the available 12 points.

The Pericos’ goal-getter hit the net four times, grabbing a brace in his side’s 2-1 triumph over UD Almeria, whilst he was also on the mark in the wins over FC Cartagena and UD Logrones. The Madrid-born hitman’s eye for goal has been instrumental in seeing Espanyol rise to the summit.