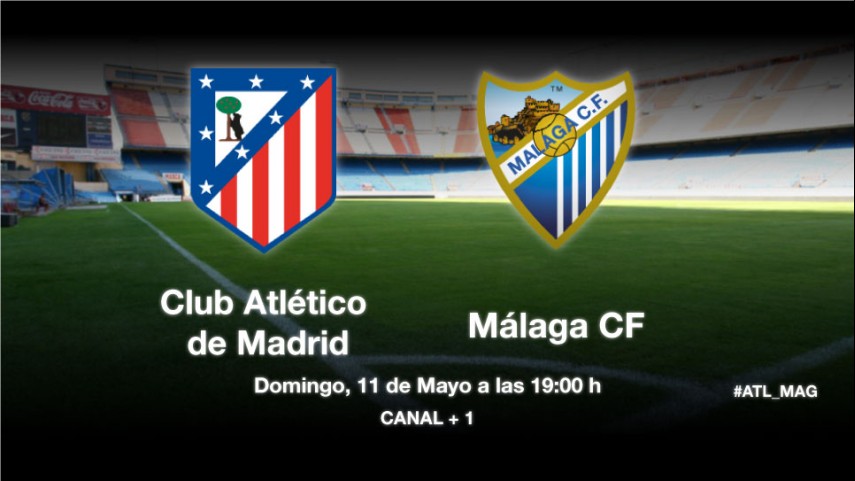 Atlético could wrap up the league title on Sunday if they beat Málaga, but they would also need Elche to do them a favour against Barcelona. Meanwhile, the Costa del Sol outfit will be looking to wrap up safety in the division.

The Vicente Calderón will be the setting for one of the most exciting encounters during the second last weekend of the Liga BBVA season. Atlético Madrid take on Málaga CF at home and could possibly finish the game as league champions. It is not entirely in the Red and White’s hands though; as they will only be crowned champions if they win and Barcelona fail to do so. A draw could also do them as long as the Catalans lose to Elche and Real Madrid don’t manage to beat Celta Vigo. This is also a hugely important match for Málaga, who are still not completely out of the woods in terms of being mathematically safe from relegation.

"If I win, they won’t catch me", is the slogan Diego Pablo Simeone is using to spur on the Atleti faithful ahead of receiving Málaga on Sunday night. The Argentine is also motivating his players by talking about sacrifice, "we’ll do everything in our power to win tomorrow, down to the very last drop of sweat". Diego Godín (suspended) and Cristian Rodríguez (injured) will be unavailable for selection.

And while Atlético will be playing for the title, Málaga will be fighting in order to stay in the Liga BBVA for another season. The Andalusians will be looking to sure up safety this weekend in order to avoid a tense last day of the season. "The obligation is on us to win and, if we can’t manage that, we’ll need other teams to help us out", explained Bernd Schuster who does not want to rely on the help of other sides in his side’s bid to avoid relegation from the Spanish topflight. Málaga will travel to Madrid with a long list of absentees. Jesús Gámez, Flavio Ferreira, Fernando Tissone and Sergio Sánchez are all injured and will be unavailable for this game.