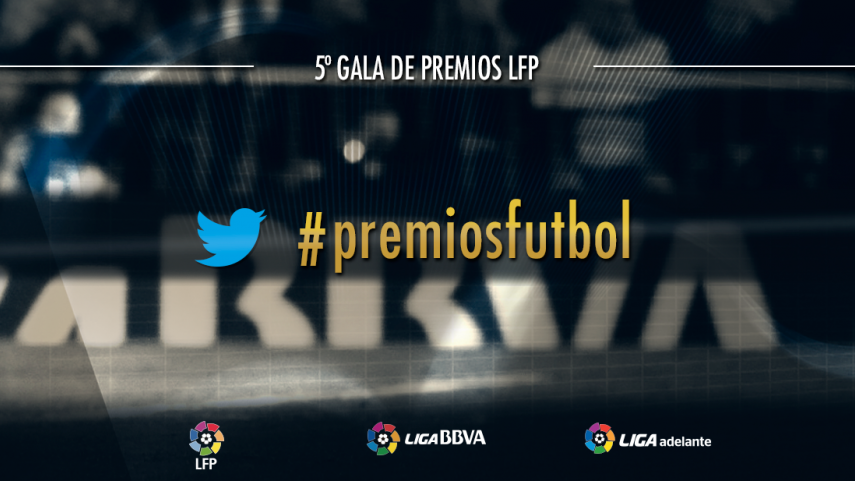 Follow our hashtag to get all the updates on the LFP Prize Ceremony.

All eyes will be on the Liga de Fútbol Profesional Awards Ceremony on the 2nd of December. The fifth edition of the event, which will take place at the Auditorium de Madrid (Avenida de Aragón, 400), will see the cream of the Liga BBVA and Liga Adelante footballers collect the awards that recognise the best players of last season.

As well as the events on the stage, social networks will form an important part of this fiesta of Spanish football. Using the hashtag #premiosfutbol, all Twitter users will be able to follow everything that happens at the Hotel Auditorium in Madrid.

All the details of this much-anticipated LFP Prize Gala will be available by means of the official LFP Twitter account, @lfpnews, and those of the players, captains, managers and presidents of all the Liga BBVA and Liga Adelante clubs.